Prepare for your cold heart to melt into a puddle, because Prince Harry is out here being even more doting and sweet to Meghan Markle than usual. The couple is currently in Fiji, where they just attended a black-tie reception hosted by the Fijian prime minister. And because he's super supportive, Harry went ahead and toasted with water instead of champagne or wine—just like Meghan (who, reminder, is pregnant and not drinking). 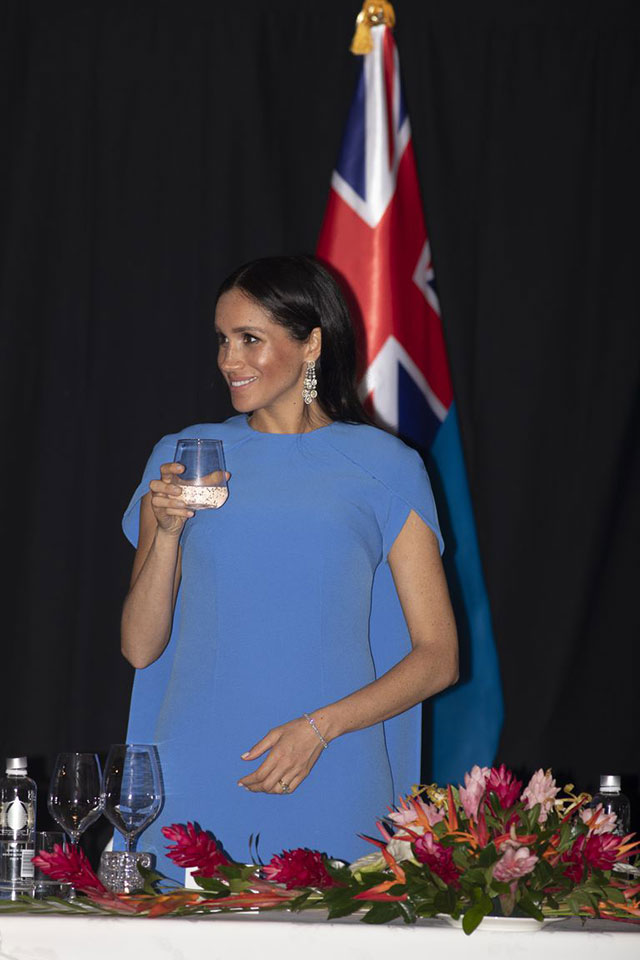 Naturally, no one can deal with the sweetness of this gesture, and royal reporter Omid Scobie's comments are full of fan-girls and boys:

TBH, Prince Harry has been in rare form during this royal tour. And yes, I am mostly talking about the fact that he fully put a speedo on over his slacks yesterday and allowed himself to be photographed. And the fact that he touched Meghan's thigh in public.