Yesterday, Prince Harry emerged from a helicopter and we, the people, got a chance to inspect him while he ~inspected the troops~. And while all the photos of Harry from this blessed event were fifty shades of dashing, images of Harry touching/fondling his wedding ring definitely stood out: 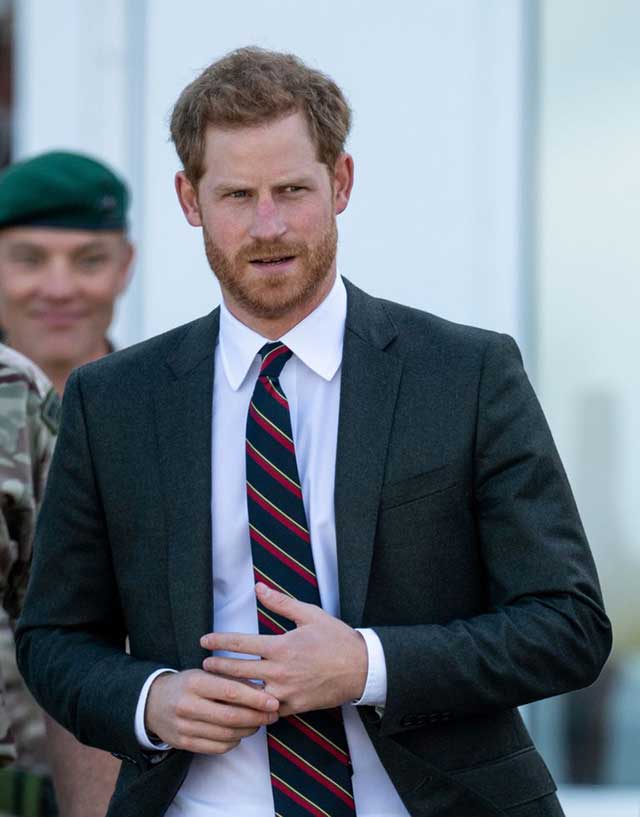 Whattup with that? Welp, The Express spoke to body language expert Judi James, who offered the simple explanation that "Men are often seen fiddling with their wedding rings," and that it's a sign Harry is missing Meghan Markle. "In Harry's case this looks like a self-comfort ritual performed for two reasons, when he's feeling under pressure or lonely." 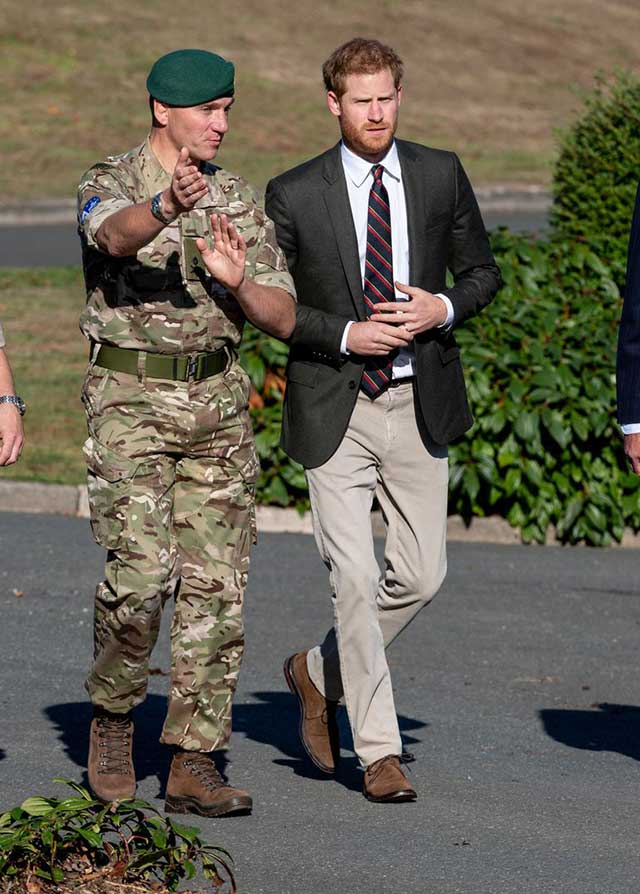 Harry was definitely feeling pressure considering this was his first time fulfilling his duties as Captain General of the Royal Marines, and who WOULDN'T be lonely without Meghan Markle? I think I can speak for Suits fans the world over when I say the USA network isn't the same without her.

"It allows him to create a barrier with his arms but by seeking out his wedding ring to touch and play with it suggests he's missing the back-up and support of his wife here," Judi continues. "The ritual would take on a different meaning if the ring were being pulled up and down the finger or even on and off when it would be much more likely to signal a rift or potential divorce!"

OMG HARRY NEVER PULL YOUR RING UP AND DOWN.