6 Reasons Why Princess Beatrice Is The Most Fascinating Royal

It's hard for a princess to fly under the radar, but Princess Beatrice of York has come pretty close. Whether you know her as Queen Elizabeth II's granddaughter or the person who wore that hat at Prince William and Kate Middleton's 2011 wedding, the 29-year-old royal likes to keep it pretty low-key.

Born Beatrice Elizabeth Mary on August 8, 1988, Princess Beatrice is the eldest daughter of Prince Andrew, Duke of York, and Sarah, Duchess of York. Her parents separated four years later in 1992 after having their second child, Princess Eugenie of York. Now all grown up, the sisters are coming into their own as the next generation of royals.

Here's everything you need to know about the woman currently eighth in line to the throne:

She runs with some famous friends.

The princess just joined a high-society crew including supermodel Karlie Kloss, singer Ellie Goulding, fashion designer Misha Nonoo, and others for a trip to the Wadi Rum Desert in Jordan.

Nonoo is also a friend of Meghan Markle's, and may have introduced the actress to Prince Harry in the first place.

Her younger sister will walk down the aisle with wine merchant Jack Brooksbank later this year, but Princess Beatrice is enjoying singledom after her 10-year relationship with former Uber executive Dave Clark ended in 2016. 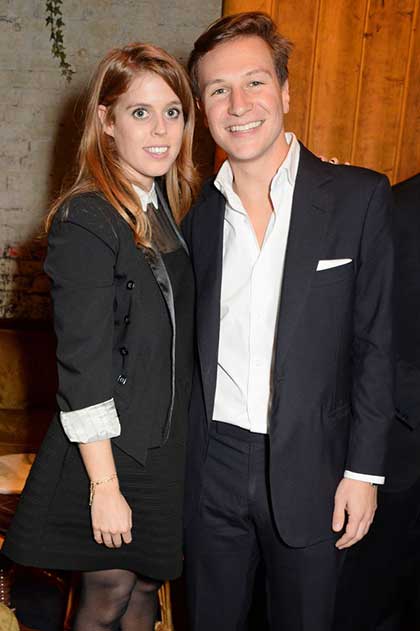 The former couple actually met through Prince William, who knew him at St. Andrew's University. Over the years Clark attended many events with the royal family, such as the Royal Ascot, but he never popped the question. Tabloids theorized that he wanted to wait until the birth of Princess Charlotte, which knocked Princess Beatrice down to seventh in line to the throne and meant she didn't need the Queen's permission to marry.

That speculation ended after the birth came and went. In 2016, they parted ways for good after Princess Beatrice reportedly issued an ultimatum: either propose or go. Just months after the split, Clark announced his engagement to American Lynn Anderson, but he apparently remains friends with his former girlfriend.

Since then, Princess Beatrice has appeared out and about with a few men, including rumored beau, lawyer James William, but nothing's official yet.

She works as a "business matchmaker."

The princess has bounced around from a few jobs in recent years, working briefly at venture capital firm Sandbridge and later software company Afiniti, where her LinkedIn currently lists her as Vice President, Partnerships & Strategy.

She apparently landed the New York City gig as a consultant that introduces start-ups to potential financial backers, but her career has remained somewhat of a mystery without any further official details. Her biography on the Duke of York's website simply states she "works full-time in business." The Daily Beast speculated last year that what she really provides clients is name recognition and an extensive network of contacts versus business strategy. Her net worth is an estimated $5 million (P259,350,000) to $6 million (P311,220,000), according to CheatSheet.

The princess also works on philanthropic endeavors as the co-founder of Big Change. The organization aims to empower and promote youth projects and ideas. She's also the royal patron of several charities, including Helen Arkell Dyslexia Centre, a nonprofit she credits with helping her overcome dyslexia herself.

As Prince Harry's cousin, Princess Beatrice will likely watch him say "I do" with Meghan Markle on May 19. She attended Prince William's wedding back in 2011 and remains a core member of the royal family. Of course, we will have to wait and see if she wears an equally spectacular hat next month. 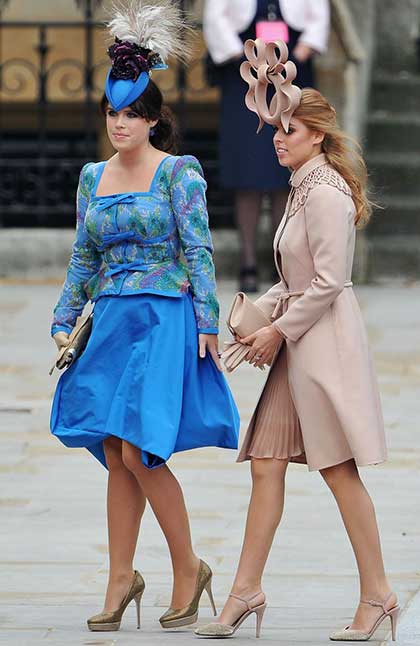 Princess Beatrice will likely play a bigger role in the wedding on October 2, when her younger sister weds Brooksbank. The bride is expected to ask her big sis to serve as her maid of honor.

She remains close to both of her parents.

Sarah, Duchess of York has driven plenty of scandal over the years. In 2010 she was recorded offering information about her ex-husband to tabloids in exchange for £500,000 (P35,256,920.79), a move that reportedly cost her an invite to the royal wedding in 2011. 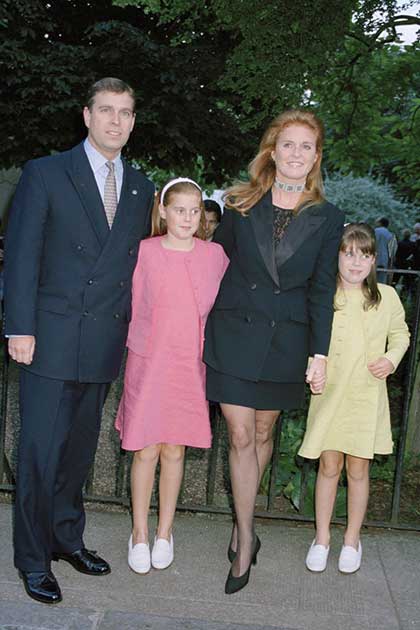 However, Princess Beatrice has always stood by her mother. She recently opened up about how much she admires the Duchess' positivity and attitude.

"We've been through some incredibly stressful times together as a family and every single minute she created joy," she said in October. "I am so lucky that I get to learn from her every single day. I'm inspired by her ability to give, even when she's going through something hard. 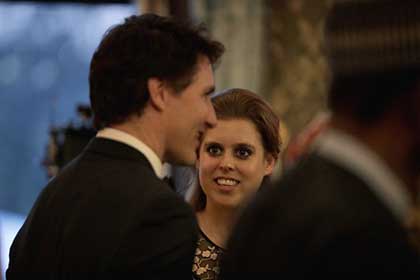 Even though she now lives primarily in the United States, she still hangs out with her dad. She attended a reception for the Queen’s Dinner, part of the Commonwealth Heads of Government Meeting (CHOGM) on April 19 with Prince Andrew and rubbed elbows with heads of state like Canadian Prime Minister Justin Trudeau and British Prime Minister Theresa May.

She's not a "working royal."

Although she often appears at official events, Princess Beatrice doesn't receive money or, as of 2011, police protection through the royal family.

Initial reports speculated that Prince Andrew disagreed with the decision to discontinue his daughters' (costly) full-time security, but the dad later stated in 2016 he is "delighted" to see his children "who happen to be members of the Royal Family" build their careers. (Princess Eugenie currently works as an associate art gallery director.) 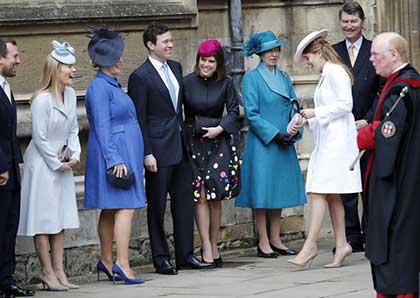 Although she may not receive an allowance through the royal family, Princess Beatrice, of course, remains an integral part of it. In fact, she's currently one of the favorites to serve as the newborn Prince Louis' godmother! With a potential godson that insanely adorable, that's a pretty great honor.