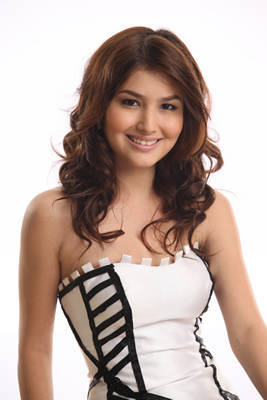 It seems jumping from one network to another is a trend these days, not just among big stars, but but also among would-be stars.

The last quarter of the year saw an exodus of talents from ABS-CBN to the GMA-7 compound. Claudine Barretto's move was certainly big news, which almost eclipsed the transfer of Be Bench winner Carlo Guevara. Also making big news is the mass transfer of the triumvirate of veteran stars Susan Roces, Christopher de Leon, and Gina Alajar from ABS-CBN to GMA-7, to star in the first ChristmaSerye Sana Ngayong Pasko, which also marks the move of another former creative top man, Senedy Que.

Now that Starstruck V's final fourteen has been chosen and announced, one would notice a familiar face among the seven female finalists: Princess Snell, who openly admitted that this is her second time to try her luck in the first artista search reality show on Philippine television. What she didn't mention is her being an ex-talent of ABS-CBN, where she was a member of Star Magic Batch 16.

Curiously named Princess Tinkerbell Snell (who has two brothers interestingly named Lord Kenneth and Genghis Khan), the 17-year-old half-Brit is proud to tell everyone that, while she was already an artist in the ABS-CBN stable, she went the usual route of all aspirants: queuing, auditioning, waiting for a call-back, and, yes, even praying to be part of Starstruck V.

Incidentally, she has a worthy precedent: Starstruck IV Ultimate Male Survivor Mart Escudero was once a Star Magic talent, too. He was part of Batch 14 and then used his real name Mark Butler as screen name.