Remember when Priyanka Chopra and Nick Jonas got married in a fabulous and completely gorgeous Indian wedding?! Same! Now they're on honeymoon! Well, kinda—these two actually confirmed that their official honeymoon plans have to wait thanks to their work commitments, but they do appear to be on some sort of post-wedding mini beach vacation, and it's all HIGHLY ROMANTIC.

First, we have this cuteness, and obviously the "marital bliss" caption says it all:

But Priyanka also shared this sweet photo of her and Nick's names traced in the sand: 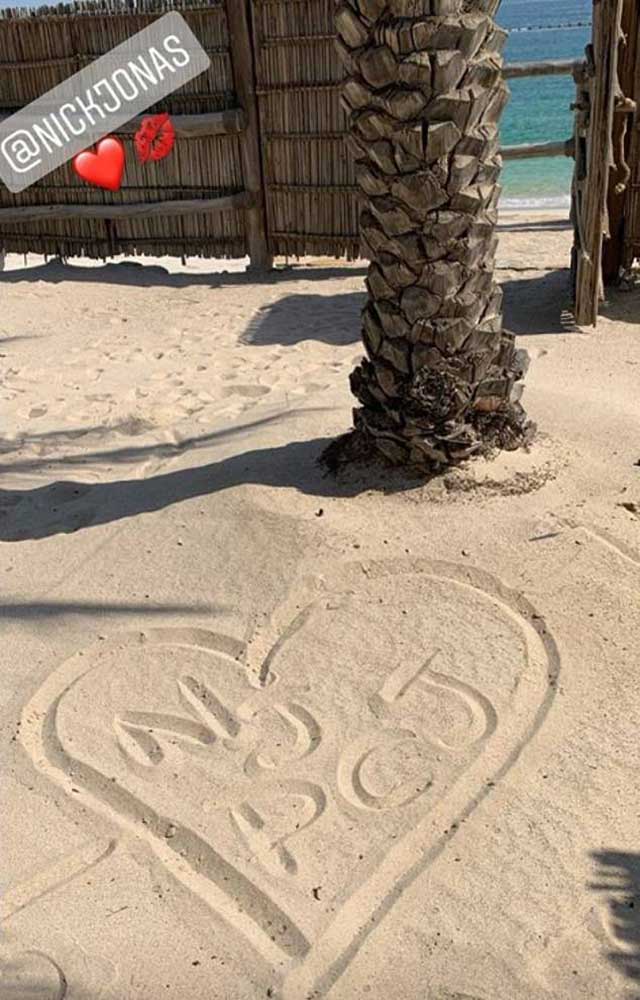 It's unclear where they are currently, but they told People that their upcoming official post-wedding vacay will be "at some resort somewhere in the world."