You know the feeling when you're trying to enjoy the unveiling of your extremely fancy new portrait, but everyone cares more about the blurry photo behind you?

Welcome to Queen Elizabeth's world. Recently, Her Majesty was trying to show off the dramatic unveiling of a painting to celebrate the 75th anniversary of the Royal Air Force, but fans were distracted by a photo of her great-grandchildren lurking in the background. 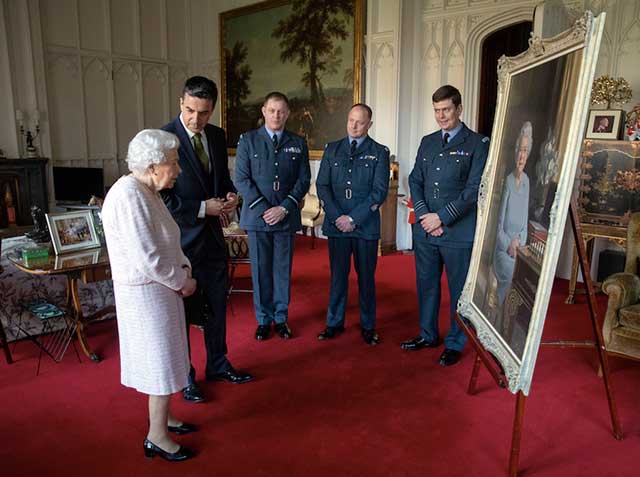 And yeah, it's blurry...but it also appears to be ~previously unseen~. The image in question features Queen Elizabeth and her husband Prince Philip with Princess Charlotte, Prince George, Isla Phillips, Savannah Phillips, and Mia Tindall. 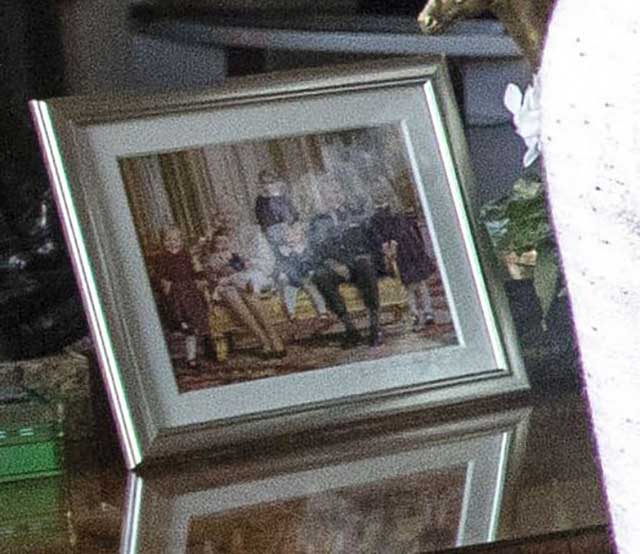 That's Charlotte in the Queen's lap, and George seems to be in the middle of his great-grandparents. And yeah, the image is clearly a few years old, but it's so sweet that the Queen casually has it up at Windsor Castle. Much like it's so funny that she potentially forgot to remove it before inviting cameras into her home.