Kendall and Kylie Jenner are the ultimate rich-girls of Instagram/America/the world, and 2016 was no exception for the famous sisters. Here's a look back at 17 of their craziest, most lavish moments:

1. WHEN KENDALL SPENT FOURTH OF JULY IN MALIBU.

Kendall spent the holiday in a Malibu mansion that cost $2,200 a night, according to Refinery29.

2. WHEN THE SISTERS WENT TO TURKS & CAICOS FOR KYLIE'S 19TH BIRTHDAY AND KENDALL RODE HORSES THROUGH THE OCEAN WITH HAILEY BALDWIN.

3. WHEN K&K SPLASHED AROUND IN THE WATER LIKE THIS:

4. WHEN KYLIE RECEIVED A PERSONALIZED BOUNCY CASTLE FOR HER BIRTHDAY.

5. WHEN KYLIE'S BOYFRIEND TYGA GAVE HER A NEW MAYBACH.

As you can tell by the bow, the Maybach was a birthday present, and the vehicle is estimated to be about $200,000.


6. WHEN KYLIE BOUGHT HERSELF A CAR FOR HER BIRTHDAY.

The new ride is a Land Rover SV Autobiography edition, which starts at $199,495.

Alongside Tyga and Nicki Minaj.

Her Ferrari is also a present from boyfriend Tyga.

9. WHEN KYLIE GAVE TYGA A BENTLEY.

10. WHEN KYLIE POSTED THIS PICTURE OF HER KISSING TYGA IN FRONT OF A HELICOPTER.

Why not kiss your bae in front of air transportation?


11. WHEN KENDALL GOT SO DRUNK AT HER 21ST BIRTHDAY SHE FORGOT SHE RECEIVED A ROLLS-ROYCE.

Thanks for the info, Khlo.

It sure is beautiful, though.

13. WHEN KENDALL WORE A CUSTOM DRESS TO HER 21ST BIRTHDAY.

It reportedly cost $9,000 and is covered in Swarovski crystals.

She wrote on her app that she "came in way under budget on my furniture allowance. I got super excited and bought another amazing couch. It works perfectly in the space!"

15. WHEN THE SISTERS BOUGHT MATCHING FERRARIS.

Kylie announced the purchases on Snapchat and wrote "Sister Spiders." The cars likely start at $275,000.

Bonus: It used to be Emily Blunt and John Krasinski's home.

17. AND, OF COURSE, WHEN KENDALL AND KYLIE ATTENDED COACHELLA. 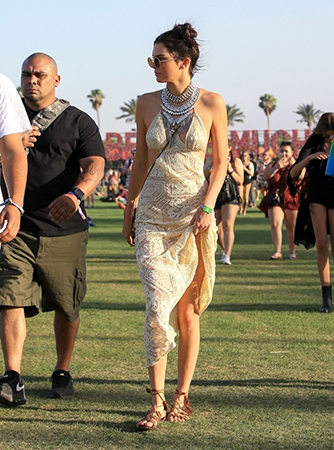