Rihanna And Leonardo DiCaprio Are The Newest Coachella Couple!

ICYDK, this isn't the first time the two were rumored to be an item.
by Wenn.com | Apr 18, 2016
Post a Comment
Featured 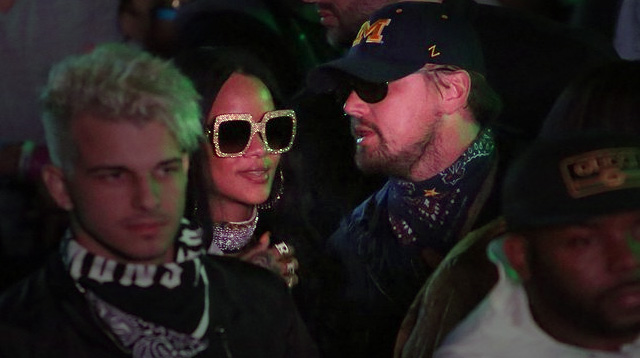 Rihanna reunited with her one-time rumored boyfriend Leonardo DiCaprio at the Coachella music festival over the weekend.

The “Work” hitmaker attended the annual Indio, California event as a spectator, and joining her was the Academy Award winner. The two were photographed together at the Neon Carnival after-hours party on Saturday.

Both attempted to keep their profiles low, with Leo sporting a baseball cap and handkerchief tied around his neck, while Rihanna opted to wear silver sparkling sunglasses.

In a photo from the event, Leo is seen whispering into Rihanna's ear as they stood in the crowd. According to E! News, the actor arrived at the venue at around 1 a.m., and the pop star came in shortly thereafter.

Leo and Rihanna's Coachella appearance comes a year after the stars first sparked speculation they were an item, having been spotted at several events with each other, including her birthday party in Los Angeles last February.

However, Leo's representative clarified the reports, insisting he was single and focused on shooting The Revenant at the time.