Prince Charles is seated on a bench in the grounds of Clarence House, with eldest grandson Prince George on his knee. Next to him is wife Camilla, who is pictured in one of the shots with her arm around three-year-old Princess Charlotte, and behind them are Prince Harry and Meghan Markle. Completing the family shot, standing directly behind Prince Charles is Prince William and Kate Middleton, who's holding baby Louis, now six months old.

The portraits are the picture of happiness, with smiles and laughter on every face. But, keen to know if it's all quite as "happy families" as it looks, we asked body language expert and author Judi James to share her thoughts on the subtext of these photographs.

Here's what she thought:

In both pictures, Prince William can be seen with a "direct-to-camera smile and a more formal, upright pose." This, Judi says, suggests "he could be the protective power behind his father's 'throne.'" 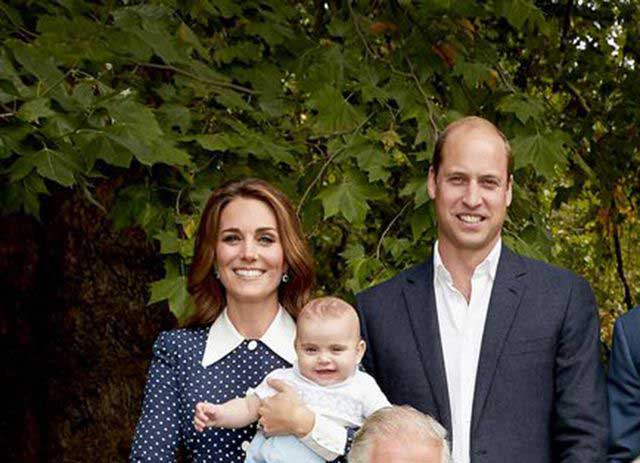 Indicating there are still "very close bonds of love and like-minded thinking," Judi points out how William and Kate echo one another's postures. This also suggests that the Duchess of Cambridge "seems to be growing in status in the family unit. She clutches Louis with pride and delight and her smile has grown from perfect social smiling into a much more symmetric 'head of the family' or 'team leader' look," notes Judi. Generally, the body language expert feels that Kate Middleton "is looking less dependent on William and more like an individual in her own right here, laughing at something to the side of the camera at one point rather than sharing his gaze."

Straying from their usual behavior, Judi James points out that "Meghan and Harry appear to have adopted a less 'twinned' look here," instead contrasting one another. "Harry looks like the least formal and most fun member of the adult group, while Meghan adopts a pose that is elegant, adult, and super-royal," says the expert. 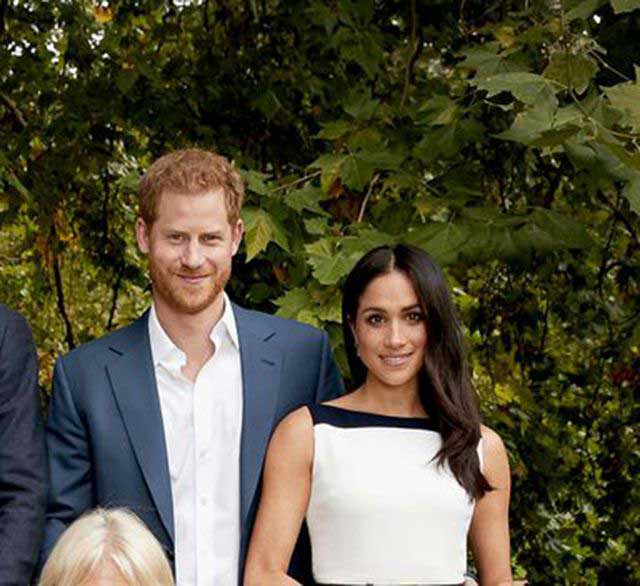 Also, in a break from her typical behavior which has historically been entirely Harry-centric, when Meghan does break into laughter, "she bends to share with the children in the front row rather than Harry." This doesn't mean the newlywed couple's tactile, loving signals are any less potent, however, as Judi points to Harry's hand which is gently placed on Meghan's upper hip in one of the photographs.

With the Queen and Prince Philip absent from the family photo, Charles is—as a result—"taking status center spot here."

From the body language expert's perspective, the Prince of Wales looks "happy but slightly ill-at-ease" about this scenario. Judi explains that while his "leg splay and formal posture" reflects a "rather old-school style of regal status," his "steepled brows hint at underlying anxiety."

And it might not just be to do with the fact that he's been thrust into the limelight as head of the family. "As a granddad he looks uncomfortable here, grasping a rather playful-looking George around the ribs with the kind of tentative grip you'd use on a parcel with the word 'Fragile' printed on the side of the wrapping," she points out. 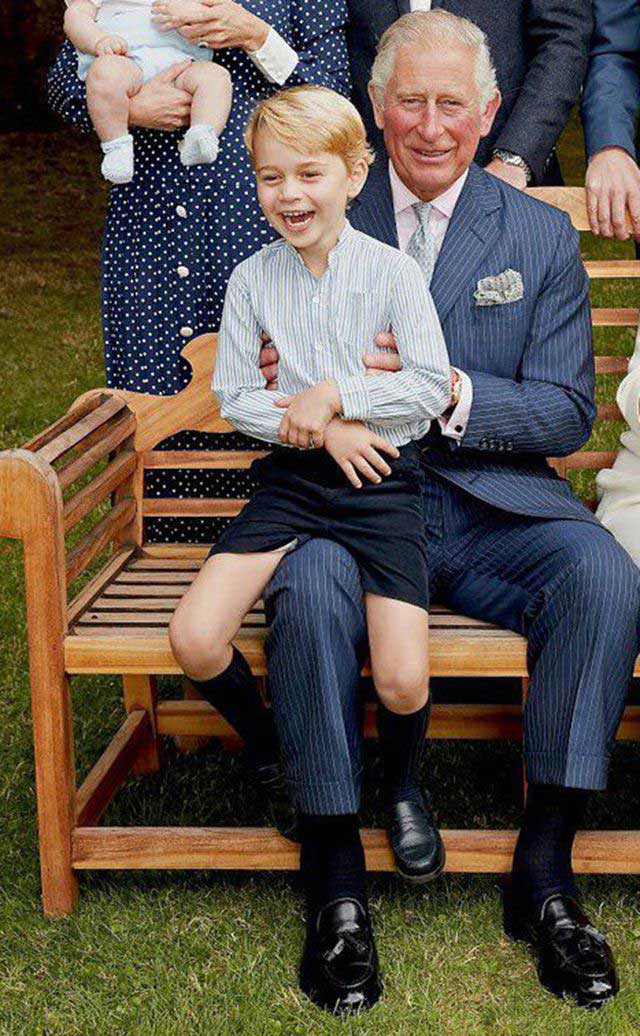 This interaction is not necessarily surprising, considering the comments Prince William made in the recent BBC documentary about Charles and his approach to being a grandfather. Speaking on camera, Prince William indicated he'd like it if Charles spent more time with his young children. "It's something I'm working on heavily. I think he does have time for [being a grandfather], but I would like him to have more time with the children," said William.

"Having more time with him at home would be lovely—and being able to, you know, play around with the grandchildren. When he is there, he's brilliant, but we need him there as much as possible," he added.

Camilla's signals in the rare family portraits, however, "provide a huge contrast" to her husband's. "Where Charles splays to show power and status, Camilla self-diminishes beside him," explains Judi.

"Her pulled in arms and shy-looking smile show traits she has used since she first 'came out' as Charles' partner," suggesting she might still feel unsure of the reception she will get in public.

In her role as a grandmother, however, Camilla is evidently far more comfortable than Charles. "She is clearly a much more relaxed granny, chatting to little Charlotte who in turn nestles happily up beside her," the body language expert notes. 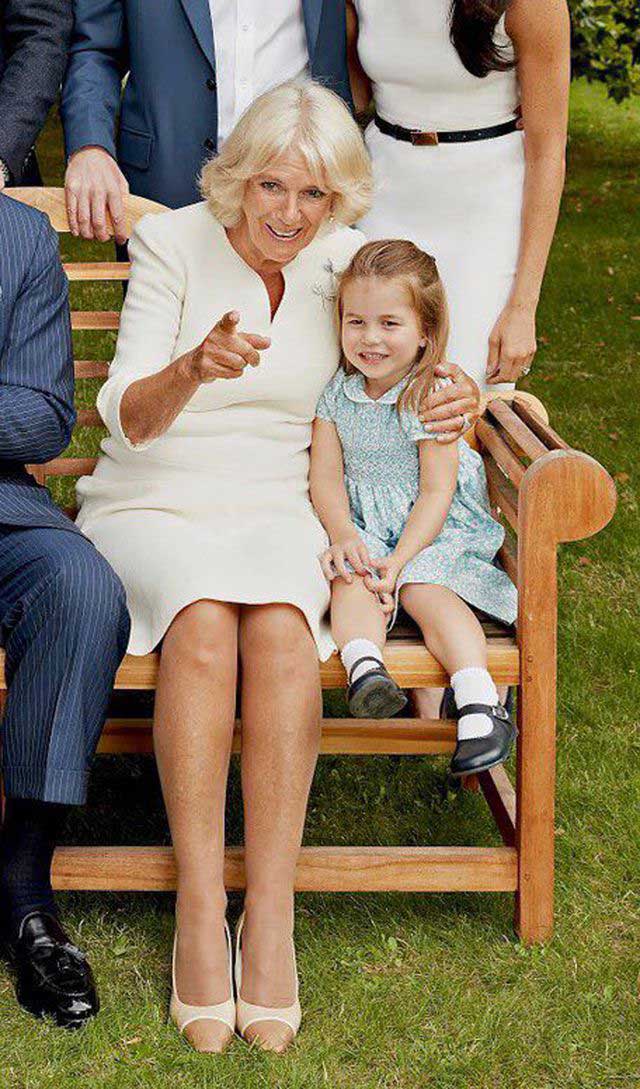