Ryan Reynolds Could Be Making A 'Home Alone' Spoof

Have you ever settled down on a Christmas evening to watch Home Alone and thought, "I know what this needs—more drugs"? No, us neither.

Well, despite that, it turns out a drug-fuelled Home Alone spoof is on the cards—and Deadpool himself, Ryan Reynolds, is being lined up to make it.

It's a concept we never knew we needed until now.

According to Deadline, Ryan and his production banner Maximum Effort are attached to the Fox project, the wonderfully-titled Stoned Alone.

The new movie will center around a 20-something weed grower who misses a flight and is left home (and stoned) all alone—until thieves break in.

Potential casting has yet to be announced, but we reckon there's a familiar Home Alone face who might be up for giving the Stoned Alone spin-off a chance. Namely, Macaulay Culkin. 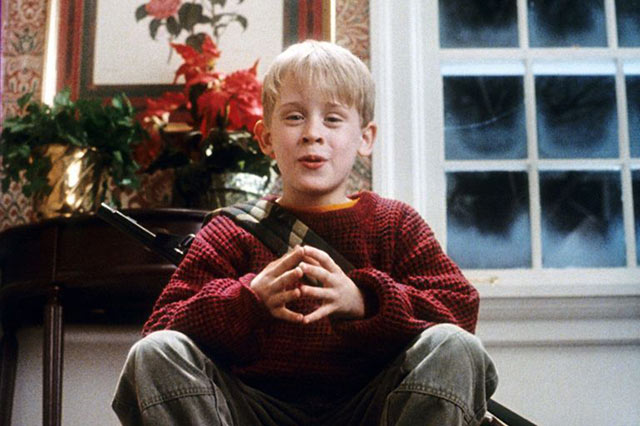 And that's because earlier this year, the star of the original films revealed that he "can't" watch the iconic family movie anymore—not even at Christmas.

"I can't watch it the same way other people do," he explained, before revealing that people still ask him to do his character's famous face.

Somehow we think a Stoned Alone role would change that.