Selena's Mom Was Reportedly Hospitalized Because Of Justin Drama

TMZ reports that Selena Gomez's mom, Mandy Teefey, was taken to hospital last week after she "flipped" over how serious things were getting between Selena and Justin Bieber. According to the site, police visited Mandy at a hotel in Los Angeles for a welfare check after being notified by a family member. While Mandy was taken to the hospital for treatment, she was not placed under a 5150 hold. Sources tell TMZ that the hospitalization is related to a "heated" conversation Mandy had with Selena after the latter revealed that she was in couples therapy with Justin.

The hospitalization comes off the heels of numerous reports that Selena's family has not been fully supportive of her recent reunion with Justin. Earlier this month, PEOPLE reported that Selena's family "is still not happy" about the on-again relationship, and things are so bad that Justin is not invited to Christmas "as of now." Over the Thanksgiving holiday, E! News also reported that Selena's family was "still getting comfortable with the idea of them back together," which could explain why the rumored couple spent the weekend apart, with her in Texas and him in Canada. 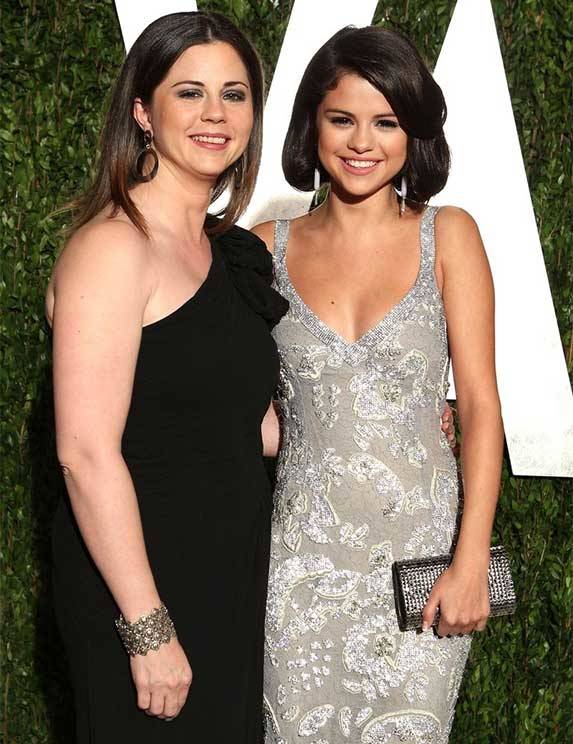 Mandy, who has yet to confirm TMZ's report, took to Instagram on Monday night to share an emotional message about Scarlett, the child she lost to miscarriage in 2011. "Thank you to all the fans who honored our Scarlett yesterday," Mandy wrote, alongside photos of her being pregnant and with Selena. "Dec. 17th will never be the same, but we decide to celebrate her by writing her letters on red balloons and releasing them." Mandy also celebrated the wrap of season two of 13 Reasons Why, on which she serves as executive producer with Selena. "Now the 17th is intertwined with the wrap of S2. So, she was there in spirit as always," she wrote. "A mom's love for their children is pretty fierce. In order of my girls, Selena, Scarlett, and Gracie. Family is what matters, blood or not, #family13 made me smile and feel loved when so needed and they didn't know."