Selena's New Song 'Back To You' Is Probably About Justin

After a week of giddy anticipation, Selena Gomez has finally debuted her new single "Back to You"...and people have thoughts. Specifically that it's not-so-subtly about her super complicated relationship with Justin Bieber.

Gomez premiered the track, which appears on the season 2 soundtrack for 13 Reasons Why (which is out May 18!), on Beats 1 Radio. "It's a very special record," she told host Zane Lowe "I want it to be a beautiful message in a really complicated way, but really fun... 'Back to You' was more of my special project that I wanted to give to season 2."

Okay but just LISTEN to it:

Yesterday reports surfaced that Selena is officially donezo with Justin, and is "thrilled" about it. But we've all been there before with these two and this is a #Jelena banger for sure.

Anyways, feel free to ~analyze~ the lyrics for yourselves below, for example:

Jelena's most recent romance was definitely not the first time the duo got back together, although they had been broken up for at least a couple years before rekindling it in November 2017. Justin also told GQ in 2016 that they were still in each other's lives: "We don't talk often, but we're cordial. If she needs something, I'm there for her. If I need something, she's there for me." 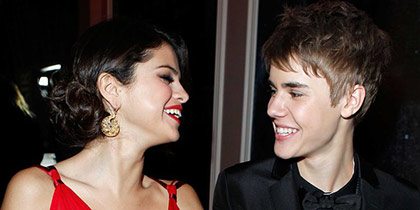 You could break my heart in two
But when it heals, it beats for you
I know it's forward but it's true
I wanna hold you when I’m not supposed to
When I'm lying close to someone else

Selena notably dated The Weeknd for 10 months in 2017. News of their split came just days after she and Justin were spotted going to church and grabbing breakfast together. She also reportedly dated Charlie Puth for a hot sec in 2016 and he alluded to the fact that she was definitely not over Bieber during that time.

In case you didn't know, #Jelena have a loooong history of breaking up and getting back together. 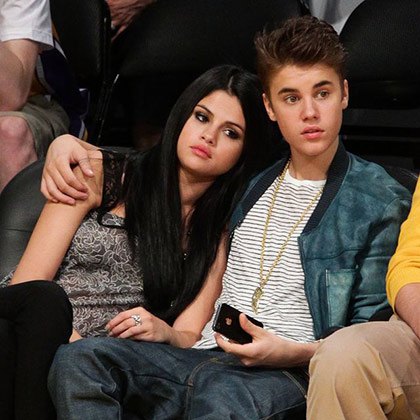 Here Selena's probably pointing out the fact that the whole word knows, frankly, a lot about their relationship. Case in point, this post you're reading now.