Shawn Mendes Looking After Hailey Baldwin's Dress Is So Sweet!

The two confirmed their romance with a sweet red carpet display.
by Dusty Baxter-Wright | May 9, 2018
Post a Comment
Featured

As well as Rihanna attempting to take over the Catholic church (not really) and Kim Kardashian dressing as a gold cup (maybe), the Met Gala 2018 also saw Hailey Baldwin and Shawn Mendes go red carpet official with their rumored relationship.

The pair were first linked in November 2017 after a source told People they were hanging out at Kylie Jenner's Halloween party. An onlooker at the time claimed, "He had his arm around Hailey and stayed by her side all night." 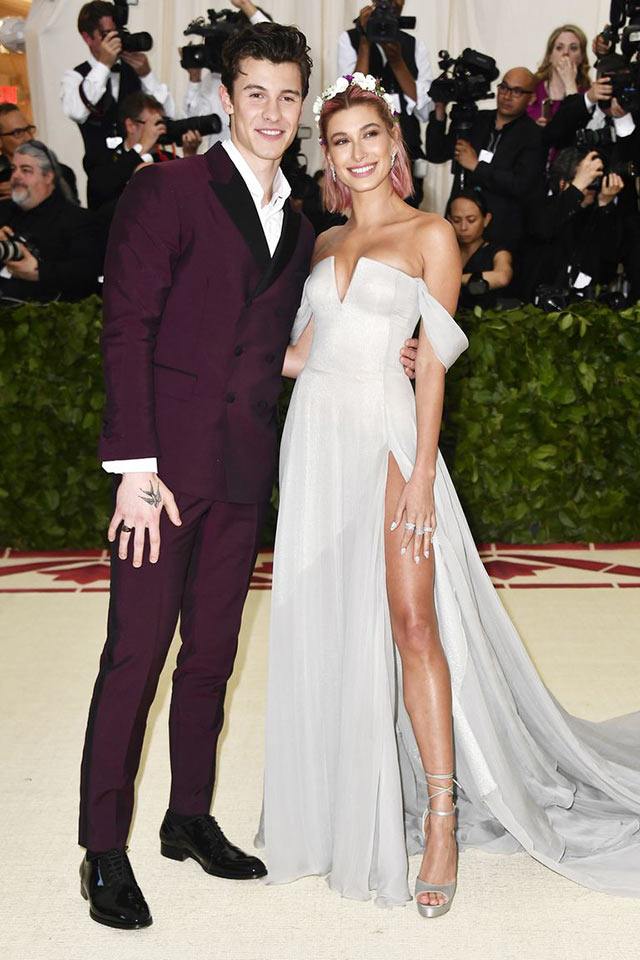 A few weeks later, The Sun reported Shawn and Hailey were kissing at Rita Ora's MTV EMA Awards after-party in London, adding "the place was packed with stars but Shawn only had eyes for Hailey. It clearly wasn't a one-time thing. They looked like they were seriously into each other. It was a very exclusive bash and Shawn and Hailey were really enjoying themselves, spending ages French kissing."

And while the pair haven't ever confirmed the romance with words, their red carpet display at the Gala did all the talking for them—especially when Shawn took extra care to avoid stressing on Hailey's dress and instead walked around her.

Footage and photos of Shawn fixing Hailey's dress for her also started doing the rounds up Twitter, restoring faith in men worldwide

"SHAWN FIXING HER DRESS FOR HER. I AM DONE. WE DO NO DESERVE A MAN LIKE SHAWN MENDES. WHAT DA FAK", one fan wrote, while another added, "Only @haileybaldwin can look so FINE she makes @ShawnMendes (who is also serving looks) look like his only purpose is to be a bodyguard and walk around her. I am in love with her dress, hair, I just love her uhg. #MetGala2018."