Solenn Heussaff Did NOT Marry Nico Bolzico In Argentina!

1 If social media were to be believed, we’d all think Solenn Heussaff got married to Nico Bolzico in Argentina on December 29. But Solenn revealed that it was, in fact, not the big day! “I haven't done any church [preparations], wala akong wedding dress,” she said. “It was parang the Argentinian celebration lang?” The couple will tie the knot in France later in 2016. (PEP.ph)

2 Twelve years after going off air, a Friends reunion is finally in the works! All six cast members—Jennifer Aniston, Courteney Cox, Lisa Kudrow, Matt LeBlanc, Matthew Perry, and David Schwimmer—will get together for a two-hour special premiering on February 21. Could we be any more excited? (Entertainment Weekly) 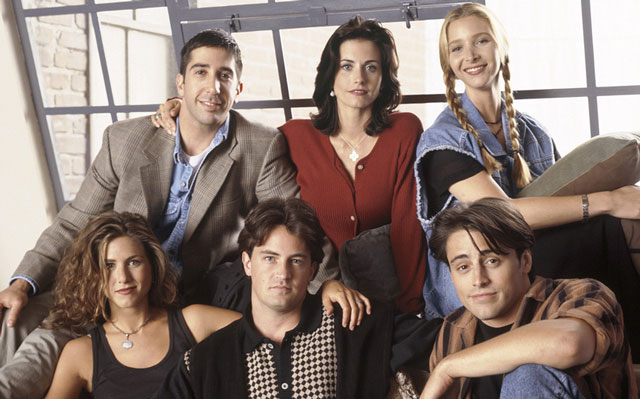 3 So this is what two hours of sleep looks like! Jessy Mendiola took to Instagram to post an early morning selfie, and we are smitten with her fresh-faced look. The actress wrote, "2 hours tulog. Kape kape. Nakuha ko pang mag-selfie. Magandang umaga! #hindipanaliligo." Why wear makeup when you can wake up like that?

4 What’s the status, guys? After being spotted getting close at a Golden Globes after party, Katy Perry and Orlando Bloom were again seen together at Stella McCartney’s Fall 2016 presentation on January 12. However, an eyewitness claimed Katy kept turning away from Orlando during a conversation between the two, singer Beck, and Kate Hudson. And—get this—when Orlando finally walked away, Katy looked relieved! (Us Weekly)

5 Kendall Jenner loves Mango! The supermodel is the face of the Spanish high street retailer’s Spring 2016 campaign, shot by renowned photographer David Sims. The model shared a behind-the-scenes video of her goofing around and dancing while on set, and it is adorable. (WWD)