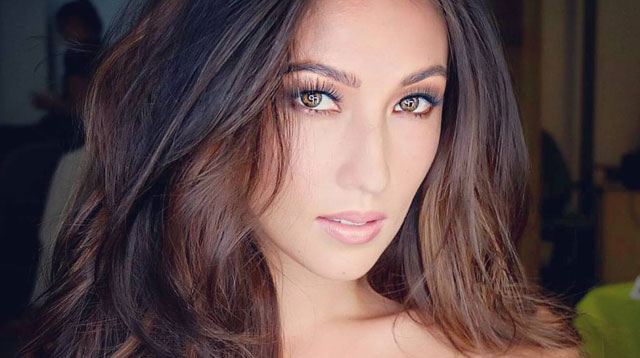 Solenn Heussaff is currently headlining her first movie project with her ex Derek Ramsay in Love Is Blind. And, as Solenn put it, co-starring with her ex was “medyo weird.”

Well, how could it not be?

In her interview on Tonight with Boy Abunda, Solenn revealed that this film not only marks their first acting project together but also the first time they’ve spoken in NINE YEARS.

Solenn said, “We never expected this. Now, here we are in the same movie–medyo weird… Yes, [it’s my] first time [to work with Derek]. Actually, first time in nine years din that we’ve spoken [to each other].”


She stressed, though, that she never accepted jobs with her ex only until now because she didn’t want to be just known as his ex. She said, “Actually dati, I’ve been offered, like, two jobs, I think, with Derek and I kept on saying no. Just because when I entered showbiz, the questions that were being asked all the time was about Derek. And I wanted to mark my own name in the industry, not just being the ex of Derek.”

The two are obviously soooo over their breakup and have since moved on with their respective partners.

See, it looks like exes CAN get along. In time, that is.

Love Is Blind opens on February 10 and co-stars Kiray Celis and Kean Cipriano.