Taylor Swift And Calvin Harris Went On A Beach Trip, Wish We Were Invited 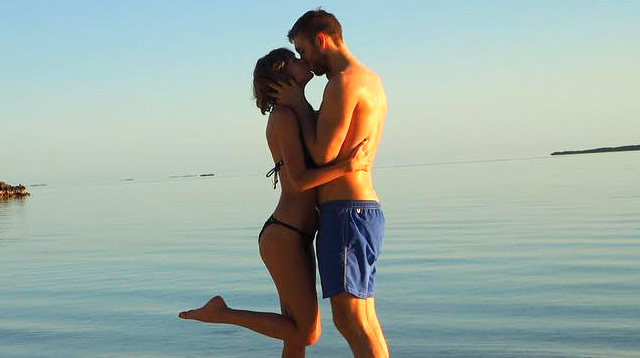 1 Lovebirds Taylor Swift and Calvin Harris took a quick beach getaway and snapped some cute photos! The two are usually private about their relationship, so these pics got us pretty excited! We have to say, Taylor looks SO GOOD! Calvin, you lucky dog.

2 Speaking of the beach, guess who may have just enjoyed Boracay without us knowing? Niall Horan! The One Direction member apparently paid a visit to the world-famous beach and even captured a photo with the beautiful sunset. No one’s sure if this was a #throwback photo, but either way, we’re so happy you enjoyed it, Niall!

4 A little over a year after his breakup with Jasmine Curtis Smith, Sam Concepcion reveals that he tried his hardest to fight for their relationship. “To be very honest, I really tried to [win her back]. I don't know how many calls, or texts, or me just showing up out of nowhere–trying to hold on to whatever I still could in that relationship,” he said. While he a was a little surprised to know that Jasmine is now dating "a friend of a friend", he’s totally happy for them. (ABS-CBN)

5 Is Paolo Ballesteros suspended from Eat Bulaga? PEP.ph reports that the host posted a series of rants on his Facebook page over the weekend about not being accommodated properly for an appearance he was making. The posts have since been taken down, but viewers have noticed that Paolo hasn’t been on the show since Friday, March 11. Rumors say that management has decided to suspend the host on the show, but TAPE Inc.'s Senior Vice President Malou-Ochoa-Fagar says, “It is an internal matter and like all other internal matters, it is our company's policy not to discuss it in public.” (PEP)