Taylor Swift was the first witness called to the stand in a Denver federal court Thursday, the fourth day of the singer's groping trial against former DJ David Mueller. As BuzzFeed's Claudia Rosenbaum reported from court, Swift testified in the civil trial that the DJ had a "definite grab" of her butt during a backstage meet-and-greet at her "Red" tour in Denver in 2013. As previously reported, Mueller has denied the claims and is seeking $3 million in damages from the singer after being fired from his job; Swift is seeking $1 in a countersuit. On Thursday, Swift told jurors, "It was a very shocking thing that I have never dealt with before. He grabbed my ass underneath my skirt. It was underneath my skirt." She added that Mueller "stayed latched on to my bare ass cheek as I moved away from him visibly uncomfortable"during the meet-and-greet.

Swifties have gathered near the Denver court to show their support for the singer. 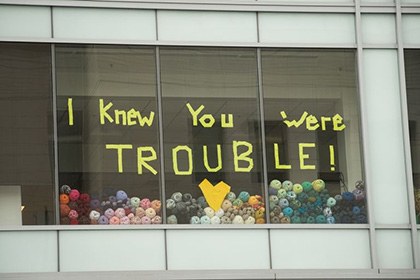 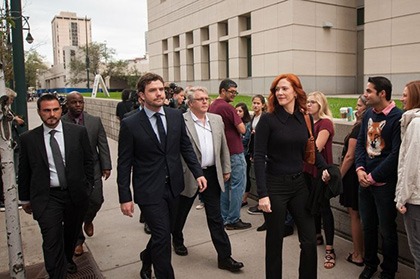 This post will be updated as more information becomes available.