How Much Is Taylor Swift Actually Worth?

If there's one thing we all find fascinating about celebrities it's how much money they have. Oh c'mon—don't deny it—you know you want to hear about all the times they've rolled around in piles of money on their silk bed sheets.

And one person who is doing all right for herself is Taylor Swift. But how all right is she actually doing?

Well due to her massive success in the music business—including world tours—and sponsorships deals with the likes of Diet Coke, Forbes has estimated that the 27-year-old is worth a whopping $250million. Which, in case you were wondering, is P12.8 billion.

If you think about it, she has been pretty busy since she burst onto the music scene when she was 16 years old. She's released five studio albums—Taylor Swift, Fearless, Speak Now, Red and 1989—which will help explain her bursting bank account. 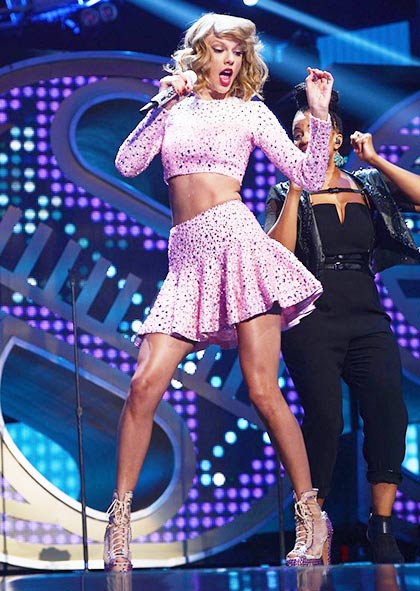 Plus, a big ol' chunk of cash came from the "Shake It Off" star traveling the world with her 1989 tour last year. That world tour earned her a quarter of a billion dollars.

Taylor also has a number of sponsorship deals with big brands, including Diet Coke, Keds, Apple, Target, and Elizabeth Arden.

And as well as working in the music business, Tay-Tay has also starred in the romantic comedy Valentine's Day, and voiced Audrey in the animated movie The Lorax.

Oh, and she owns properties worth around P3.2 billion—she owns two impressive places in Nashville, a penthouse in New York, and a mansion in Rhode Island.