The Gummy Bears From Hell

When gummy bears started appearing all over our Facebook and Twitter feeds, we got really excited (who doesn’t love gummy bears?) But after reading about WHY it was trending, well, let’s just say we won’t be going near them for a while. At least not the sugarless variant.

We took a cue from Buzzfeed and browsed through the comments section of Amazon’s page for a 5-lb bag of Haribo Sugarless Gummy Bears, and what we found was nothing short of hilarious. It also sounded very painful. 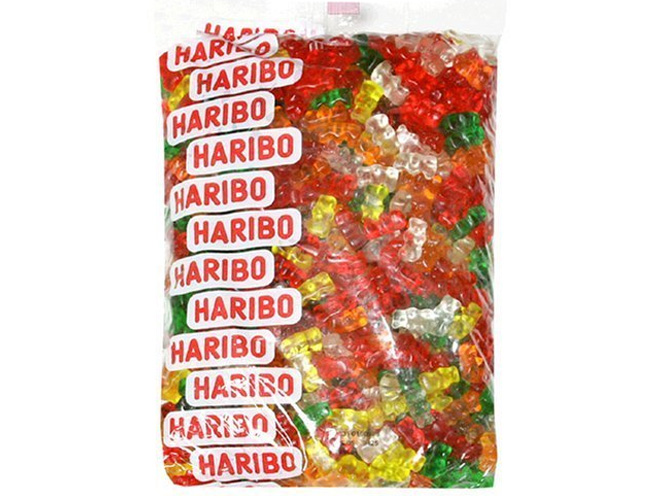 One reviewer wrote, “What came out of me felt like someone tried to funnel Niagara Falls through a coffee straw. I swear my sphincters were screaming. It felt like my delicate starfish was a gaping maw projectile vomiting a torrential flood of toxic waste. 100% liquid. Flammable liquid. NAPALM. It was actually a bit humorous (for a nanosecond) as it was just beyond anything I could imagine possible.”

Another: “I was glued to the toilet seat. Streams of fire burst from my colon. When I wasnt experiencing Satan's fury exploding from my rear, I was laying in the fetal position on my bathroom floor, sobbing and asking for forgiveness. Im a 280-pound man. I. Was. Sobbing.”

And: “I tried this product mostly to save calories, and boy did I get an education. I ate a handful of gummy bears and blew up like a balloon—felt pain like I've rarely felt before, was in the bathroom for a good 12 hours, and honestly considered calling 911 at one point. It was 2 days before my digestive system could handle regular food again.”

In fairness to Amazon, they did warn consumers by stating in their product description that “consumption of some sugar-free candies may cause stomach discomfort and/or a laxative effect.” But some reviewers claim that this piece of information was only added after numerous complaints by previous buyers.

Yikes! And we thought these delicious treats were harmless.