The Internet Reacts To Leah Leaving Clark On 'OTWOL' 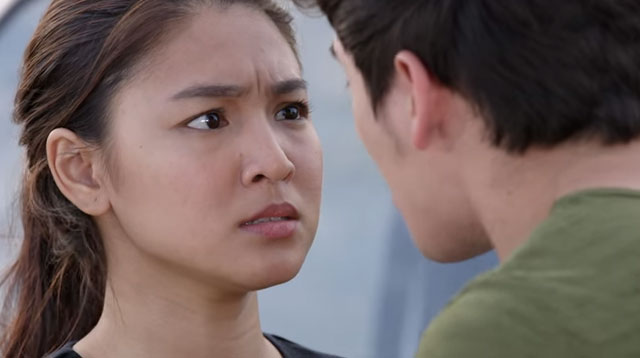 In case y’all have been living under a rock, then you wouldn’t have known that Tuesday night’s episode of On The Wings Of Love aka #OTWOLDisappointment was a HUGE. MESS. OMG. OUR. HEARTS.

Here’s the teaser for proof:

The ep ended with Clark *begging* his wifey Leah to choose him. (idk why he had to beg omg Leah)

So, before you get all riled up with Leah’s stupidity selfishness decision, here, we gathered the best internet reactions to OTWOL’s most disappointing ep ever. ‘Cause really, what’s the point of the show if Leah and Clark don’t end up together? SMH.

"She had a choice to trust me" -Clark

No. They're both crying. My heart just can't take this scene. Plus that flashback! #OTWOLDisappointment pic.twitter.com/ogFUHOz1zA

Popoy is that you?

Brace yourselves, people, we've got three weeks left of OTWOL. It's gonna be one helluva feelsy ride.