WATCH OUR VIDEO SERIES!
© 2022 Cosmopolitan Philippines
Sorry, no results were found for
Follow Pantene on

To reach your dreams, you have to be a goal-getter. But what most people don’t tell you is that there are sacrifices you have to make along the way. This is true for volleyball star Dennise Lazaro. The pro athlete had to make life-changing choices, which in the end, made her stronger now. Below, some of the things Dennise had to give up to become a successful volleyball player.

She had to give up sleep.

Being a top student-athlete in one of the countries’ leading universities is no easy feat. Unlike most students, Dennise had to sacrifice time she could have spent sleeping or studying for training. She didn’t just survive—she thrived. And even left the university with two championships under her belt!

She had to give up going to med school for now.

This may come as a surprise to most people, but to her family and friends, it was a given. Dennise’s first love wasn’t volleyball—it was becoming a doctor. In fact, she took up a biology course in the Ateneo de Manila University, and even proceeded to med school for about year after the UAAP.

She didn’t give up her pursuit to become a doctor because she couldn’t handle her volleyball career and med school at once. Like the athlete that she is, Dennise doesn’t believe in pursuing anything half-heartedly, and she found herself not putting her all into becoming a doctor. While she isn’t closing the door on becoming a doctor completely, for now, her heart is set on becoming the best volleyball player she can be.

She had to sacrifice bae time.

It’s a good thing Denden and her beau LA Revilla have the same goal—to get into the national team for their respective sports. They both understand that to be able to achieve their dreams, they have to commit a lot of time training, even if that means getting to spend less time together. 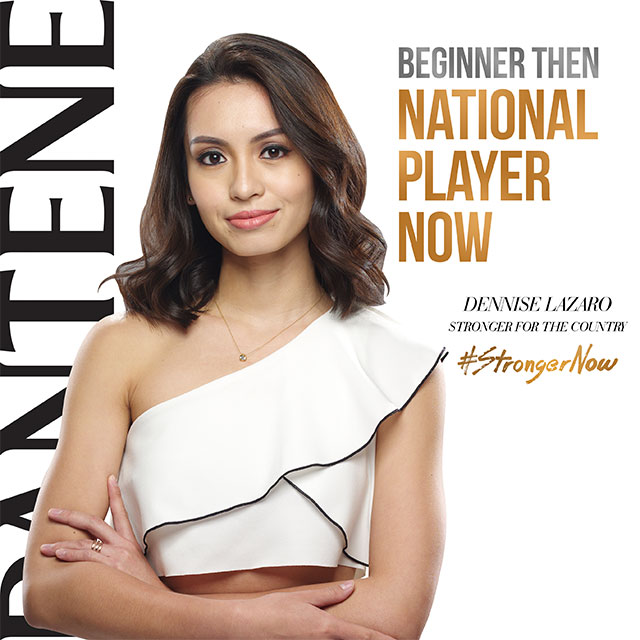 She might have had a tough journey but Denden is stronger now, having her eyes set on pursuing becoming a full-time volleyball player as a career. If there’s one thing we can all learn from her life journey, it’s going after what you’re most passionate about and realizing that it’s okay if you have to put some dreams in the backseat for the meantime. Celebrate the modern Filipina with Pantene by being empowered enough to overcome challenges and find fulfillment.

Shop the items in this story!
More From Pantene