Close
WATCH OUR VIDEO SERIES!
© 2022 Cosmopolitan Philippines
Sorry, no results were found for
Follow OPPO on

ICYMI, Nadine Lustre recently posted artwork on her Instagram that features herself totally reimagined as the Marvel superhero Black Widow—and we are OBSESSED.

In her Instagram post, Nadine shared two artworks that offer a glimpse of what she would look like as the popular female Avenger. The first illustration is a close-up look at Nadine’s comic art features while holding the OPPO Reno5 Marvel Edition smartphone, while the second image is a full-body illustration of the singer-actress in complete Black Widow costume, including the superhero’s electroshock gauntlets, AKA the Widow’s Bite. Nadine Lustre as Black Widow? Consider our Nadine x Marvel fantasies fulfilled!

If there’s one person we have to thank for ~*blessing*~ us with these gorgeous illustrations of Nadine Lustre as Marvel’s Black Widow, it’s 30-year-old multimedia artist Lucia Fischer. We got the chance to chat with the artist about what inspired her to create her reimagined Black Widow, featuring the beloved Pinay celeb.

Fischer, who goes by the nickname FISCH, regards creation as her primary means of expression and considers herself a “multifaceted artist.” According to her, it’s “just a fancy way of saying I do a bit of everything as long as it involves creating.”

Prior to transitioning into digital art, the 30-year-old was well-versed in traditional methods but was looking for a way to translate her work digitally. “That way, I could experiment with colors before committing it to the physical piece,” FISCH shares. When she was finally introduced to Adobe Photoshop in 2012, the artists realized just how much she could explore artistically on the digital platform. “Creating virtual art would be something I wouldn’t mind drowning myself in when it becomes available to me,” FISCH says. “Immersing myself into new mediums is always a journey I will take without hesitation.”

Before working on her Nadine Lustre x Black Widow artwork, FISCH got the chance to meet the Pinay celeb and approached her the way she would when making a new friend. “I’ve always remembered to see important people as still people who have struggles and joys as much as me or the next person,” says FISCH.

The 30-year-old artist built on her relationship with Nadine by watching her work ethic, listening to her problems (and how she resolved them), and seeing how truly dedicated the Pinay is to her work, family, and friends. It was at that point that FISCH became a fan of Nadine. “Galing siya,” the artist gushes about Nadine. “There’s truly no one else like her, so I thought it was only right to honor her the best way I know, which is by immortalizing her in my art.”

FISCH had a number of ideas on how to execute her homage to Nadine, but it wasn’t until she overheard the celeb talk about being an endorser for the OPPO Reno5 Marvel Edition smartphone that lightning struck. “If you knew Nadine, you’d know that she loves the idea of being a spy—which is who Black Widow is, essentially,” FISCH shares. “Natasha Romanoff is such a badass woman. It only made sense to juxtapose her and Nadine together.” 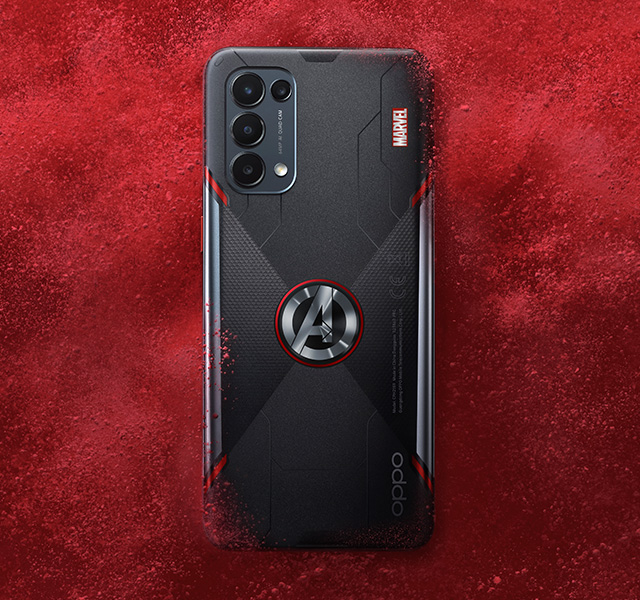 The limited-edition smartphone also features an exterior design inspired by the Quantum Suits worn by Earth’s Mightiest Heroes in Avengers: Endgame, and incorporates the Avengers logo at the center of Black Widow’s logo on the phone’s back casing. Not only that—users can also customize their wallpapers and home screens according to their favorite Marvel characters, thanks to built-in themes that come with the device. Still want more? The OPPO Reno5 Marvel Edition also comes with a specially designed box, as well as earphones and a charger sporting the iconic logos and emblems, making it the perfect device for all fans of the franchise.

While FISCH hopes to have had more time working on the illustration, she takes it as a learning experience when she gets another opportunity to with Nadine again or produce more comic-style art. TBH, we love her final artwork though!

When asked to offer advice for aspiring artists, FISCH says this: “Never stop creating, never stop drawing. Keep all of your work, even the ones you hate, as these may surprise you in the future or maybe inspire you to reflect on how far you’ve come. Progress is easily achievable when it comes to drawing—one just needs to pick up the pen consistently.” 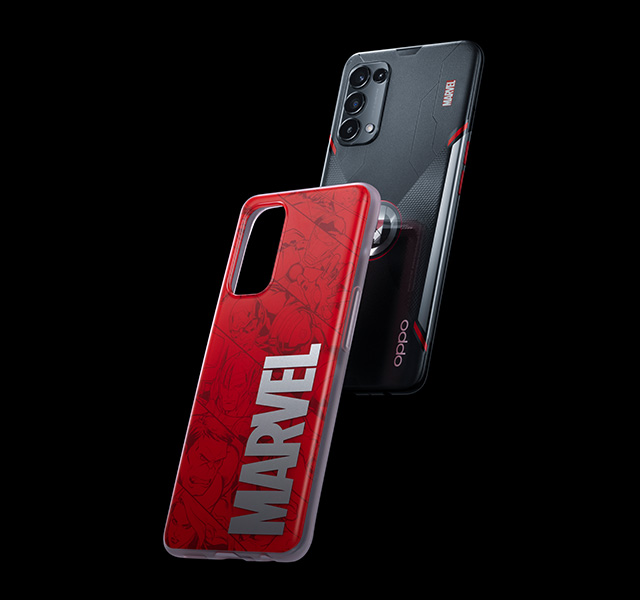