Toni Gonzaga had an unexpected reunion with her former Eat Bulaga colleagues at a recent event. The 31-year-old Pilipinas Got Talent host, who gave birth to her first baby boy, Seve, in 2016, was all smiles when she met with her former dabarkads.

In a photo posted on IG story, new mom Pauleen Luna, who gave birth to her baby girl, Tali, in 2017, shared an image of Toni with Ciara Sotto and Pia Guanio. She captioned it: "Eat Bulaga mommas." 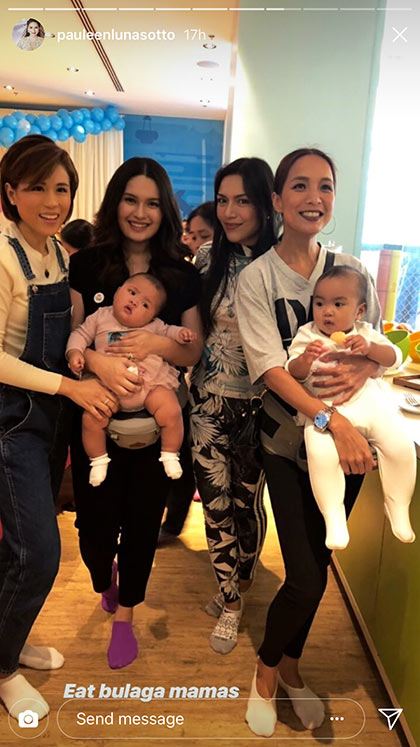 In 2002, Toni joined the group of hosts in the longest-running noontime show, and later transferred to ABS-CBN in 2005.