We see you, Tyra Banks! The fashion icon gave Maymay Entrata some love by liking the PBB's star's runway walk on the Bench OJ Dailyware fashion show. Check out the screenshot from Tyra's twitter below: 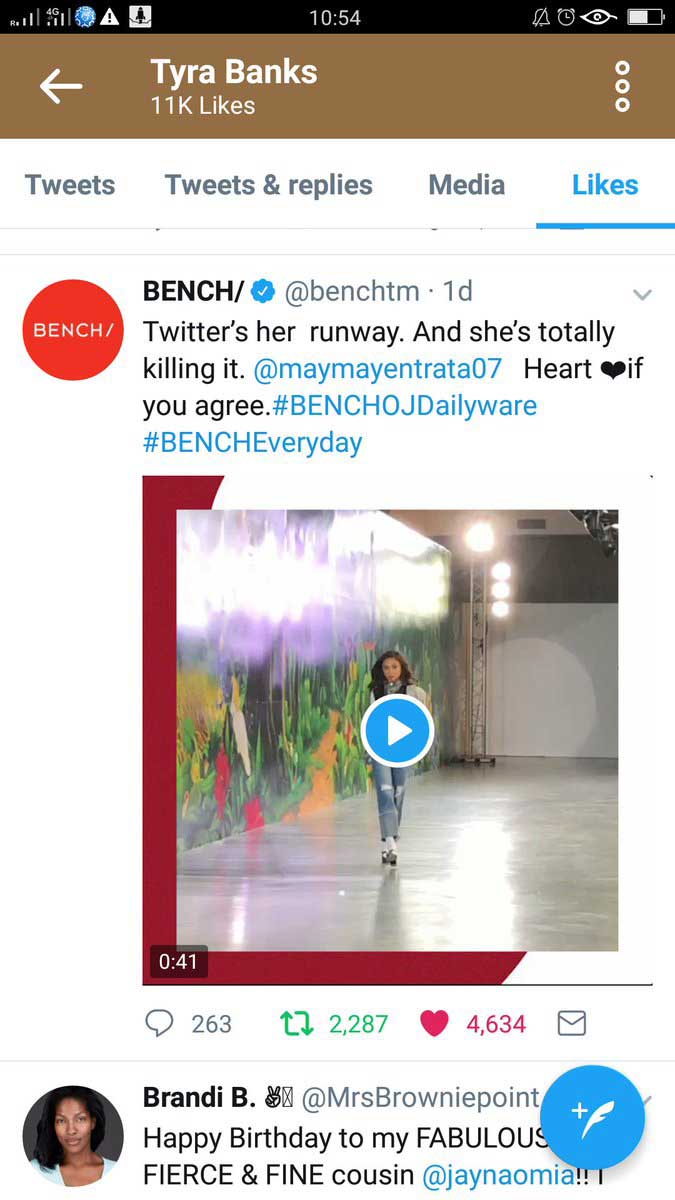 Expect more rains over Western Luzon within the next 24 hours.

According to PAGASA, the areas most affected by recent rains are the western sections of Northern and Central Luzon. The Marikina river is still under third alarm at a level of 20.3 meters. (CNN Philippines)

If you think Jennifer Aniston is definitely leaving her Friends past behind her, maybe think twice!

It really was the greatest job I ever had," Jen told InStyle. "I don't know what it would look like today, but you never know. So many shows are being successfully rebooted," she further explained. (CNN Philippines)

Crazy Rich Asians star, Nico Santos, explains why the movie should be allowed to fail.

Crazy Rich Asians came at a time when the need for diversity in Hollywood became an issue. Everybody was just excited about seeing an all-Asian cast playing Asian roles. Along with this, of course, comes high expectations. But one of the CRA actors, Nico Santos, said that the audience shouldn't expect it to be perfect.

"We should be allowed to fail," he said. "How many changes do white people get? How many [crappy] movies do they get to make over and over again?"

"They get so many chances to fail at the box office," Santos added. "This is our first chance, so let us throw the dart. If it doesn't stick, then ok. Give us another dart." (CNN Philippines)

Loisa Andalio and Joshua Garcia were dubbed as "Loishua" for a while after being housemates in Pinoy Big Brother back in 2014. Julia Barretto, Joshua's current love team and rumored GF, happily shared in Gandang Gabi Vice that she and Loisa are now friends. She also revealed that Loisa was the one who reached out first and invited her to bond over dinner.

"You know, sometimes pala ang maka-connect ng bond between two ladies or two people is when you feel like you can relate with each other," she said. This just goes to show that there isn't any awkwardness between the two actresses.