The "Erwan" tagged in the tweet is not Erwan Heussaff, Anne's husband, but an individual named Erwan Loisant.

And funny enough, it wasn't the first time Loisant was mistakenly tagged!

His Twitter page has 50 messages meant to tag Heussaff.

Replying to several messages, Loisant tweeted in good humor: "Message to the 50 followers from Philippines that I got today: You're free to stay, but the person you want to follow might be @erwanheussaf.

"Also thanks for your kind words, but the last time I had a baby was five years ago"

In case you need to be reminded which Erwan you are tagging on Twitter, Loisant has put up this memo on his profile: "The real Erwan, not the Philippines celebrity." LOL!

And to be clear, Erwan Heussaff's Twitter handle is @erwanheussaff.

Still, congratulations to Anne and Erwan (Heussaff, not Loisant)! 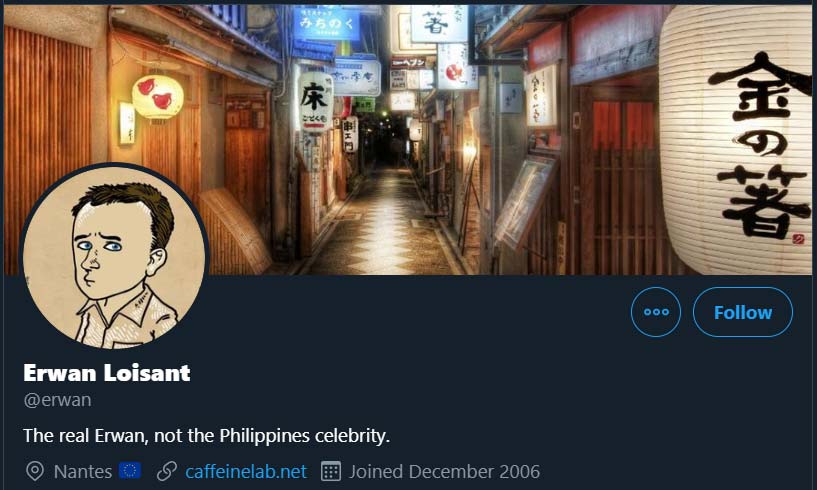