Pasig City Mayor Vico Sotto was flooded with memes about Kadenang Ginto when he announced that there would be no classes in his area of jurisdiction.

Vico used his Twitter account to announce the cancellation of classes in Pasig on July 17 due to Tropical Storm Falcon.

Two hours later, he posted another tweet asking his followers to explain why he has been receiving a lot of replies related to a certain Cassie.

Vico wrote this message with a laughing emoji: 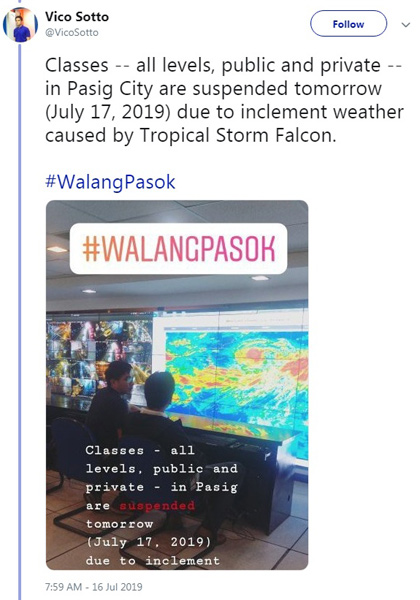 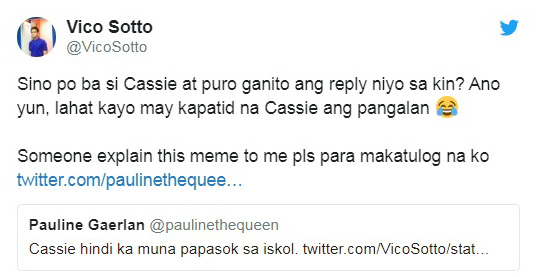 It turns out that the Cassie being referred to is Cassie Mondragon, one of the lead characters in the ABS-CBN afternoon drama, Kadenang Ginto.

Vico received the link of a video of a young girl re-enacting a scene from Kadenang Ginto wherein Daniela (Dimples Romana) is seen forbidding Cassie (Francine Diaz) from going to school even though she has an exam. This explains why the line "Cassie, hindi ka muna papasok sa school" became so popular!

Followers of Vico also sent him a link showing a clip of the original Kadenang Ginto scene that aired in March 2019.

Other netizens teased Vico to watch other shows aside from Eat Bulaga!, which airs on GMA-7.

Vico is perceived to be loyal to the Kapuso network because of his father, Vic Sotto, one of the mainstays of the longest-running noontime show. 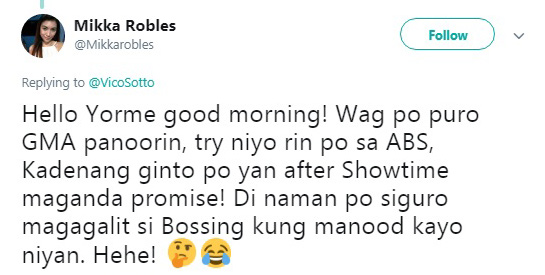 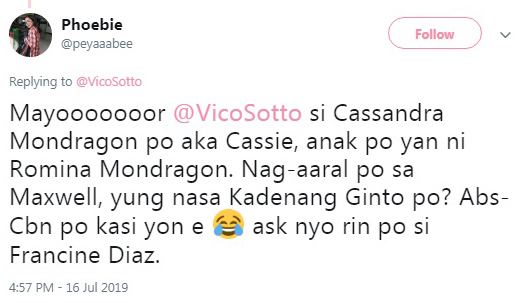