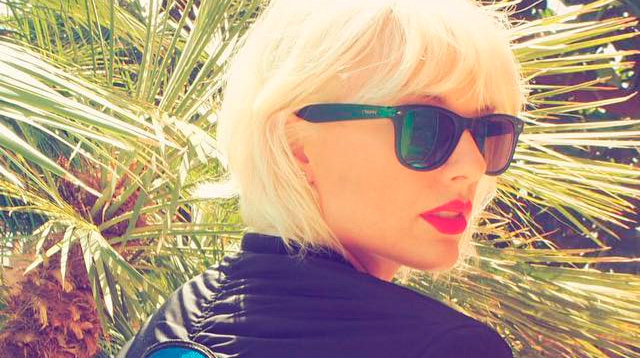 Taylor Swift rocked her platinum blonde locks as she attended Coachella with best friend Lorde, for the first time.

The “Shake It Off” hitmaker was spotted on Friday at the festival in Indio, California, singing and dancing to indie pop singer Borns, while sporting her bleached blonde hair from her recent Vogue cover shoot.

Taylor was partying alongside best friend Lorde, her brother Austin, and Lena Dunham's boyfriend Jack Antonoff, who has worked with the singer multiple times.

"They were all having a great time," an onlooker told People.com.

She took to Instagram on Friday to share a picture of her festival look, and captioned the shot, "BLEACHELLA."