We Want This Filipina Barbie! 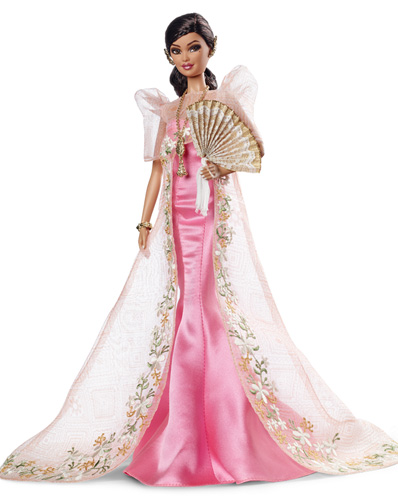 1 Mattel has released a limited edition Filipina Barbie—the Mutya Barbie Doll—as part of its Global Glamour collection. Only 4,400 units of the doll were released on February 2, and is available online for $100. (abs-cbnnews.com)

2 French actress and Oscar nominee Marion Cotillard arrived in the Philippines on February 26 with French president François Hollande to show support for the France-Philippines partnership to fight global warning. (Philstar)

3 It looks like Julia Baretto is rekindling her relationship with her father Dennis Padilla. The actress posted this cute photo on Instagram with the caption, “Papa being his comedian self.” Sweet! (PEP.ph)

4 The first trailer of Frozen Fever is finally out! The short film—which will debut in theaters with Walt Disney Picture’s Cinderella—will be released in March 2015. Exciting!

5 #BarkadaGoals: Taylor Swift, Cara Delevingne, Karlie Kloss, and Ellie Goulding at the 2015 Brit Awards. Seriously, too much awesomeness in one picture!