1 Get ready, K-drama fans, 'cause Nam Joo Hyuk is coming to Manila! The Weightlifting Fairy star is set to have a series of fan meetings in Southeast Asia—starting off in Bangkok, Thailand, then Manila, Philippines, and lastly, in Taipei, Taiwan. Nam Joo Hyuk will be meeting his Filipino fans at the Kia Theatre in Quezon City on September 23.

And, of course, Anne Curtis just had to fangirl over the Korean star! (PEP.ph)

2 Erich Gonzales finally spoke about why she declined the coffee date of Xian Gaza, the man who sent out an invite to the Kapamilya actress via a billboard in Manila. "To be honest, regarding that issue, noong una, just like you guys, na-surprise ako. Natuwa naman ako sa effort. As things unfolded, lumabas 'yung mga exposé about him, ako naman kasi personally, lahat naman ng supporters ko naa-appreciate ko lahat ng ginagawa nila, malaking bagay o maliit man 'yan. Parang naging uncomfortable ako. After talking to my family and my closest friends, I decided not to meet him na lang," she said. (ABS-CBN)

3 Amidst dating rumors, Spider-Man: Homecoming co-stars Zendaya and Tom Holland were spotted driving together in Los Angeles. Zendaya documented them being followed by paparazzi on her Snapchat. "So I'm rolling with this guy today and we have a nice paparazzi guy following us," Zendaya said. "He's following us. He's been following us for like 20 [minutes]," Tom added. (Just Jared)

4 Ed Sheeran made his cameo appearance on the Season 7 premiere episode of Game of Thrones. The British singer was true to his element as he sung a folk song with his fellow Lannister soldiers. After the episode aired, Ed shared a #tb pic with his co-actor Maisie Williams!

5 Two of our favorite sweets—Cadbury chocolate and Oreo cookies—will now be joined as one! Cadbury's newest offering, Cadbury Dairy Milk Oreo, gives us smooth and chocolatey goodness mixed with the yummy crunch of Oreos. YUMSSSS. 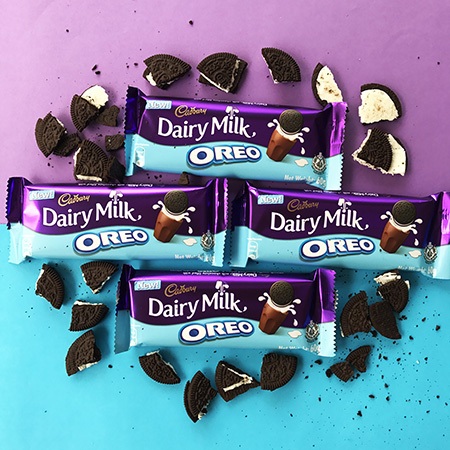