1 Ed Sheeran is finally here! The British singer arrived in Manila on March 11, Wednesday and will be performing at a sold out Mall Of Asia Arena on March 12. Just a couple of hours to go before he takes the stage, so until then, here's something to perk you up! (abs-cbnnews.com)

2 This just in: John Lloyd Cruz has shaved his head for Erik Matti’s upcoming film, Honor Thy Father. What do you think of this new look: hot or not? 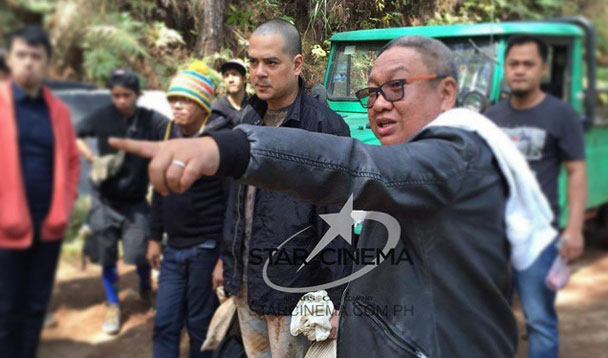 3 Julia Barretto celebrated her 18th birthday on Tuesday, March 10, and her party was absolutely magical! Videographer Jason Magbanua released a short film about the debutante, which y'all can check out below.

(P.S. You have to see all the pretty dresses she wore during the film.)

4 Uh-oh, it looks like Pharrell and Robin Thicke are in a bit of trouble. The pair lost a copyright infringement lawsuit filed by the estate of singer-songwriter Marvin Gaye. Marvin's camp claimed that the duo's hit song, "Blurred Lines" was copied from the late singer's 1977 song "Got To Give Up." Pharrell and Robin were ordered to pay $7.3 million to Marvin’s family. (justjared.com)

5 The Office of the Ombudsman has placed a six-month suspension without pay on Makati mayor Jejomar Erwin “Junjun” Binay and other officials as they face probe for graft in connection with the overpriced P1.2 billion construction of Makati City Hall Building II. Despite the suspension, Mayor Binay says he will continue serving as head of the city “until all legal remedies have been respected.” (inquirer.net)