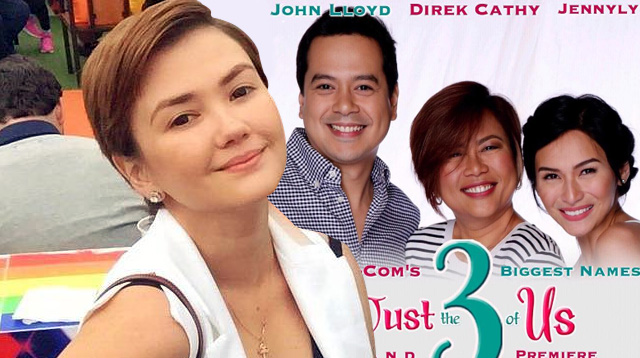 Sometimes the internet is a realm of strange things especially so when it involves (former) lovers.

Much is the case with Angelica Panganiban who’s always been known to be witty and shamelessly blunt. Now, the Kapamilya star posted a promo for her ex-boyfriend John Lloyd Cruz’s new movie, Just The 3 Of Us, on her IG account. The caption had no frills, but from the looks of it, a sincere eagerness to support her ex.

"Grand premiere of Just the 3 of us, tonight, May 3 sa Trinoma. Nood po kayo. At regular showing sa May 4," she writes.


Angelica and John Lloyd’s three-year relationship was confirmed to have ended in March.

JLC stars alongside Jennylyn Mercado in the Star Cinema romcom out now in cinemas nationwide.