Prince Harry Was Just Voted The Most Popular Royal In England

It looks like Prince Harry's endearing antics—including putting on a speedo in public and toasting with water for his pregnant wife—have been paying off, because he was just voted the most popular British royal, to which I'm sure Harry is all:

According to the Daily Mail, a new poll reveals that 77 percent of the British public have a positive opinion of the Duke of Sussex. His grandmother Queen Elizabeth was voted second favorite, with Prince William and Kate Middleton coming in at third and fourth most popular. Prince Phillip was voted as fifth most popular royal, and Meghan Markle was ranked sixth, with 55 percent of people having a positive opinion of her (rude!).

So while I *personally* would have ranked Meghan higher and included Prince George in the vote (because how adorable is he??), I will at least concede that Prince Harry is pretty darn charming. To celebrate his new "Most Popular Royal" title, please enjoy these photos of England's favorite prince: 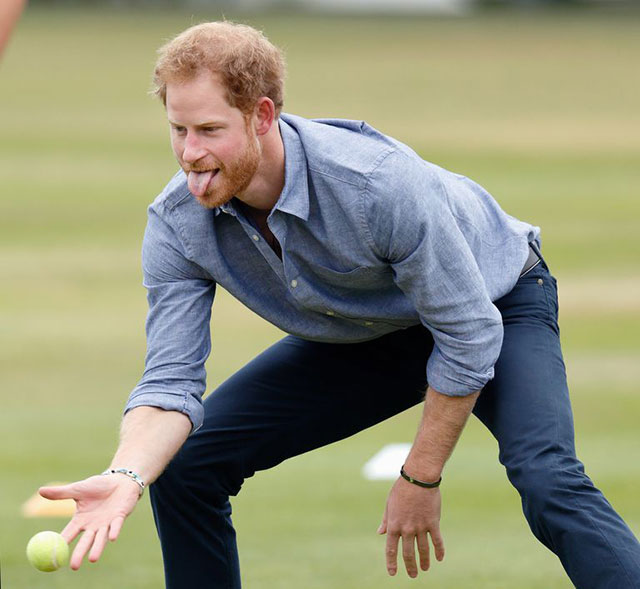