This little girl stole the show at this year's Trooping the Colour celebrations.
by Emma Dibdin | Jun 11, 2018
Post a Comment
Featured

There were a lot of highlights from this year's Trooping the Colour celebrations—from Meghan Markle's stunning pink ensemble to the moment when Prince William and Prince Charles lost a battle with their bearskin hats—but the standout of the day has to be Savannah Phillips.

The Queen's seven-year-old great granddaughter stole the show several different times during the ceremony: jokingly conducting the orchestra, putting a hand over cousin Prince George's mouth, and generally making her excitement adorably clear. Here are the key things to know about her.

Savannah was born on December 29, 2010, in Gloucestershire Royal Hospital. She is now seven years old, making her the Queen's eldest great-grandchild, and Princess Anne's eldest grandchild. Her father Peter Phillips (who is Princess Anne's son) met his Canadian-born future wife Autumn Kelly in 2003, and the pair were married at Windsor Castle five years later. Autumn retains her Canadian citizenship, but renounced her Catholic faith and converted to the Church of England in order to allow Peter to keep his place in the line of succession.

When she was born in 2010, Savannah was 12th in line to the throne, but the subsequent births of Prince William and Kate Middleton's children—Prince George, Princess Charlotte and Prince Louis—dropped her down to 15th place.

Since she holds dual citizenship, Savannah is the first Canadian citizen to be in the line of succession to the throne. Her only sibling, six-year-old Isla, is 16th in line. 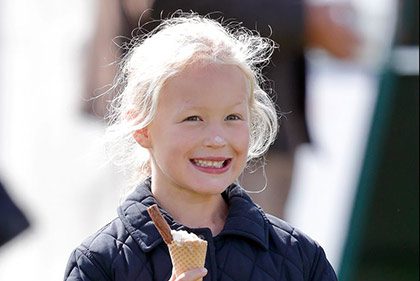 Despite her position in the line of succession, Savannah doesn't have a royal title. When Peter Phillips was born in 1977, his parents Princess Anne and Captain Mark Phillips declined the Queen's offer to give him a royal title – the child of the daughter of a monarch is not automatically entitled to a royal rank, per The BBC.

At the time, it was reported that Peter was the first untitled grandchild of a British sovereign. Per The Washington Post's 1977 coverage, "Princess Anne and her husband are understood to have told the queen that they felt a title would be a hindrance in the child's future career." Since neither of her parents have a royal rank, Savannah and her sister Isla do not have one either. 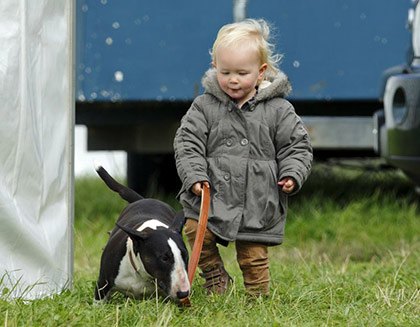 If you're ever having a bad day, here is a failsafe solution: Google the terms "Savannah Phillips" and "dog." Before she was even two years old, Savannah was pictured confidently walking Princess Anne's bull terrier at the 2012 Gatcombe Horse Trials in Gloucestershire. 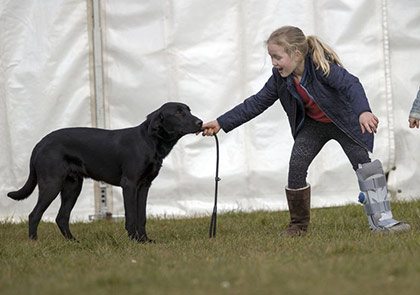 Fast-forward to this year, and Savannah was back at the same event, taking care of a different adorable dog. Look. At. Them. 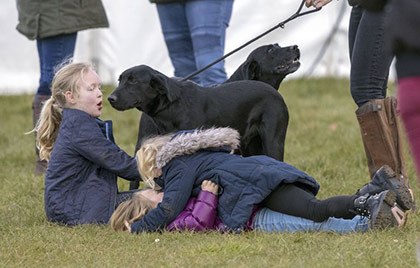 ***
This article originally appeared on Harper's Bazaar. Minor edits have been made by the Cosmo.ph editors.