Who Should Play Christian Grey?

We rounded up five contenders in the November issue; now it's your turn to vote for your favorite Dom.
Nov 6, 2012
Post a Comment 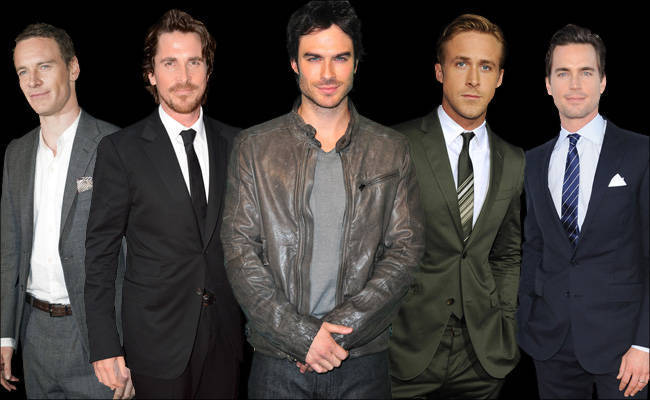 Although Fifty Shades of Grey author E L James says on her official website that it's "way too early to comment on the casting," fans and the media have been buzzing nonstop on who should play Mr. Mercurial. Someone even went as far as creating a fake Entertainment Weekly cover claiming that Matt Bomer had been cast, and that he's changing his "White Collar for a Grey tie."  Bomer fans were disappointed that it was a hoax, but that just made everyone more determined to rally for their own Mr. Grey.

Even the actors themselves have been expressing their desire to play the lead role in the much-anticipated movie adaptation (they're allegedly in the pre-production stage right now). Ian Somerhalder told Ryan Seacrest that he "absolutely would be up for it," while True Blood vampire hottie Alexander Skarsgard defended why he can be the perfect sex god: "Me playing Christian wouldn’t be an issue. I even have a sex chamber in my basement—my True Blood character does—so I’ve had [the necessary] training."