After some major sleuthing done by the internet, Kendall Jenner finally put the biggest mystery of our time to rest with one single Instagram Story.

On Tuesday, Kenny teased her followers by posting a mushy love note that some mysterious person wrote her. This is what the note said, BTW:

"Dear Kendall, We may be miles apart but my love for you grows stronger & stronger by the minute. My innermost feeling is love for you. I will love you until death separates us. Right now this separation is killing me, but in my heart I know that nothing could come close to separating us. We are united into one forever, body & soul and I want you to know that I love you from the deepest part of my heart."

Like I said, mush city. Naturally, everyone went wild trying to guess who wrote the note and names like Harry Styles and Ben Simmons were at the top of the list.

After hearing everyone's guesses, Kendall was like "psych" and informed everyone that they were wrong. The note was actually from two photographers named Mert Alas and Marcus Piggott. Yup. They're a duo who go by Mert & Marcus, so I guess that explains why they wrote that letter as if they were one person. 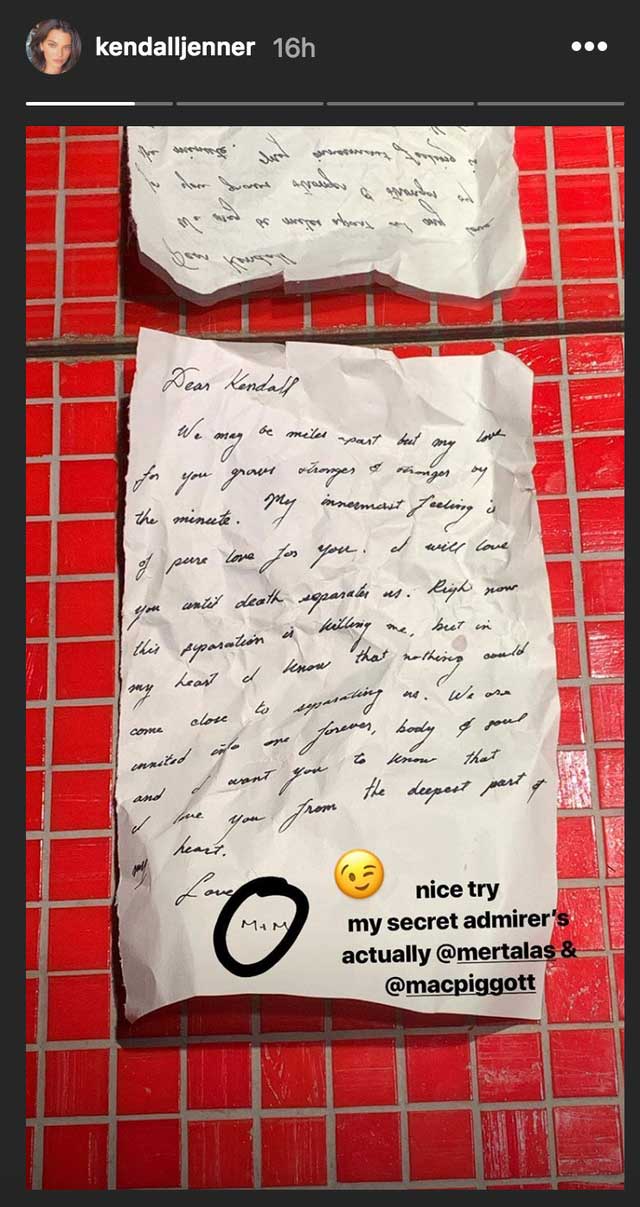 The two admirers had photographed Kendall for Vogue, and she even stopped by Mert's British Fashion Awards afterparty on Monday night, so you could say they're pretty good friends.

Thankfully they saw each other this week because it sounds like they had spent way too much time apart, according to the note. Alright, Ben, time for you to write a letter.