WILL & KATE LINK LOVE: All You Need To Know About The Royal Wedding!

The wedding of the century will take place today! Have you read up on the hottest buzz about Prince William and Kate Middleton's big day? Check out our roundup again.
by CJ de los Santos | Apr 29, 2011
Post a Comment 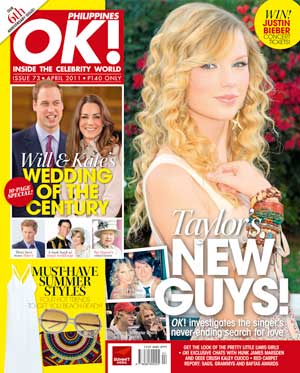 It's the closest thing to a fairy tale we'll witness anytime soon. A handsome prince falls for a beautiful middle class young woman. She's swept off her feet and, after an eight-year romance, is offered his hand in marriage. The upcoming nuptials of Prince William of Wales, 28, to Catherine "Kate" Middleton, 29, on April 29, 2011 have got the whole world clamoring for the latest piece of information on the future rulers of the Commonwealth realm. While the date may not be a public holiday here like it will be in the United Kingdom, there's no reason we can't join in the celebration! Here's a primer to catch you up on all you need to know about the big day: