What You Need To Know About Woo Do Hwan's Comeback Drama, 'Hunting Dogs'

Let's turn back time to mid-2020 when Woo Do Hwan stole our hearts in The King: Eternal Monarch when he played dual roles: the icy chief imperial bodyguard Jo Young and the over-the-top public service worker Jo Eun Seob. The drama was Do Hwan's breakout project with us fans waiting for his next big role, but *surprise surprise* he had other plans. In July, Do Hwan quietly enlisted in the military putting his acting career on pause.

But it's now November 2021, and the 29-year-old actor is officially on his final leave from the military and will officially be discharged on January 5, 2021. And yes, this means our dear Do Hwan will be back on the small screen.

Do Hwan was just announced as the lead star of the new Netflix series Hunting Dogs! Read on below to know more about the show:

What's the plot of Hunting Dogs about?

According to Soompi, Hunting Dogs is an action noir drama that's actually based on a webtoon. It follows three men whose lives intertwine because they want to get out of debt. Hunting Dogs will be directed by Midnight Runners and The Divine Fury director Kim Joo Hwan. Hunting Dogs is set to have eight episodes.

Who's part of the Hunting Dogs cast? 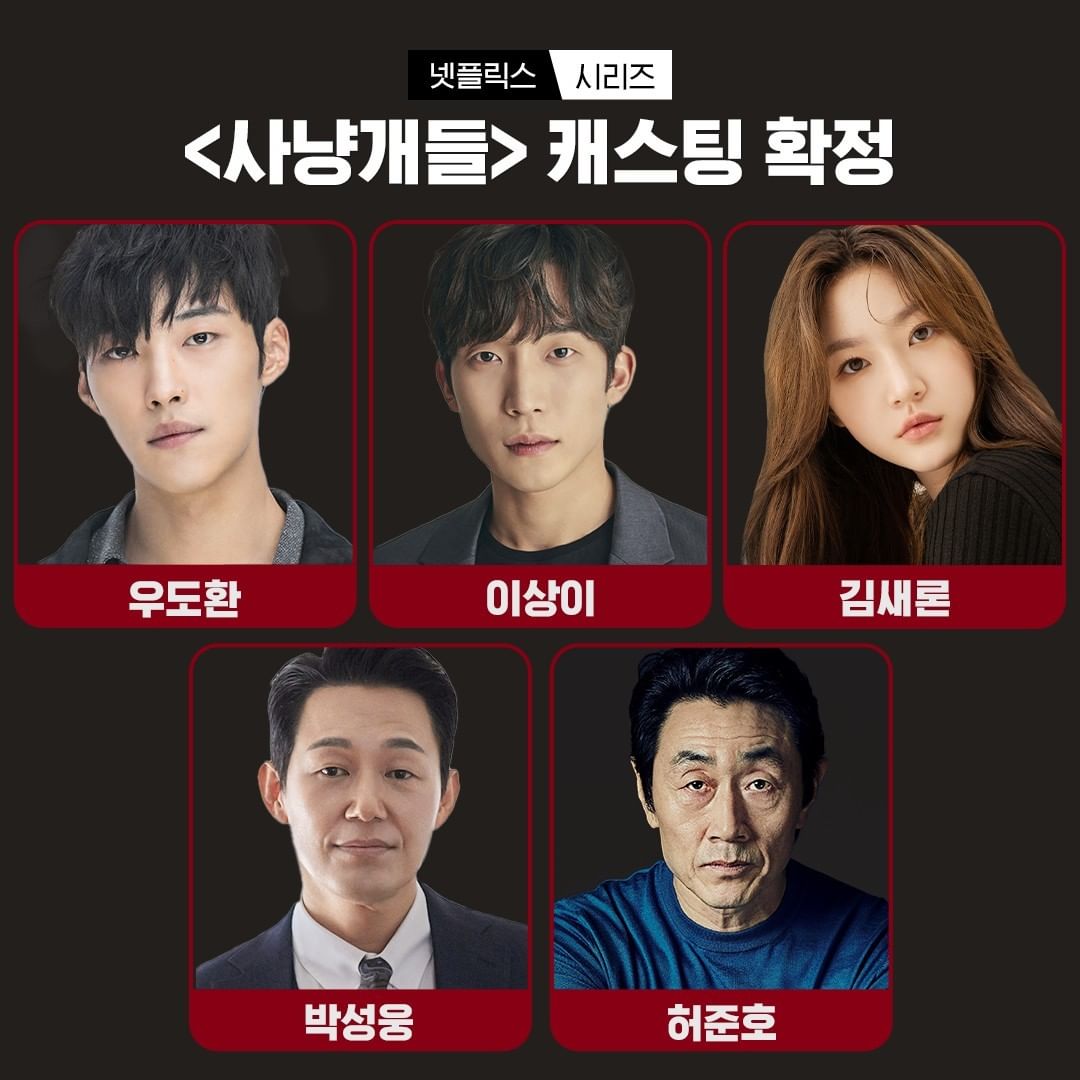 These are roles of the Hunting Dogs cast:

Heo Joon Ho as Mr. Choi, a former big-time loan shark who traded his successful business to help sick people and lend them money without interest.

Woo Do Hwan as Gun Woo, once a promising boxer who ends up in the ~world of loan sharks~ to pay off his debts. He eventually becomes Mr. Choi's bodyguard.

Lee Sang Yi as Woo Jin, Gun Woo's rival in the boxing scene who, years later, helps him out in the private loan business.

Park Sung Woong as Myeong Gil, "a vicious loan shark with dark ambitions who will get into a tense confrontation with Mr. Choi."

Where and when can I watch Hunting Dogs?

Hunting Dogs will be available on Netflix, but filming and its eventual release have been kept under wraps. Stay tuned for updates!