We’re totally counting this as part of her viral grocery OOTD series!
by Dyan Zarzuela | Jan 8, 2019
Post a Comment

It was just last month when Heart Evangelista graced us with a hilarious video in which she wears a gorgeous Martin Bautista gown "to buy corned beef" at the grocery. Since then, her Instagram Story has gone viral, with netizens posting their own dramatic OOTDs for doing everyday chores. 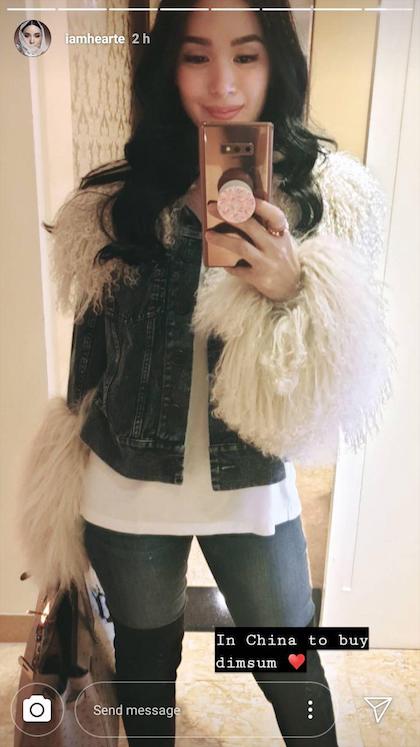 Today, Heart is in China and blessed the internet with another OOTD that we’re counting as part of her grocery series: shirt and jeans dressed up with a striking jacket, thigh-high boots, and her signature Birkin. 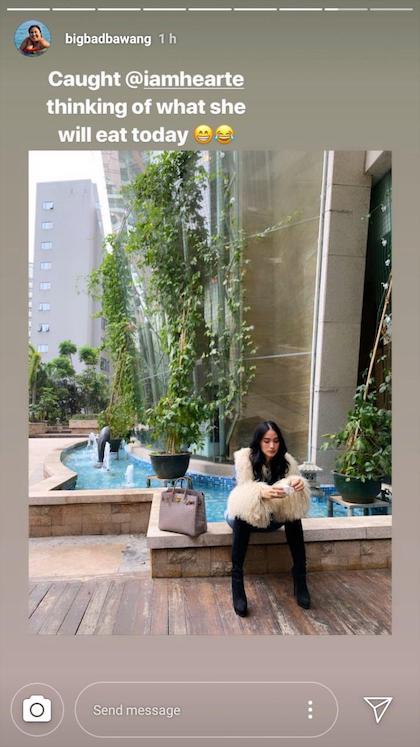 It’s her ~lewk~ for buying dimsum, sure, but also for embarking on "an adventure like no other.” Her IG posts have fans speculating that Heart is in China to film China Rich Girlfriend, the sequel to Crazy Rich Asians.

You’ll recall that Heart was named one of the “Real Crazy Rich Asians” by Harper’s Bazaar in August, but Heart denied being part of the sequel that same month. Whatever her new secret project is in China, we can’t wait to find out!