OK so the American Music Awards red carpet is happening right now and I'm told all sorts of people are walking and wearing nice clothes and making inane chit-chat with E! News for the pre-show broadcast but none of that and none of them matter except for our K-Pop faves BTS. (OK, and maybe also Nick Jonas.) This is a #truefact because, just to cite one reason, BTS fans had apparently also been waiting for days, literally, for them to show up outside the Microsoft Theater in Los Angeles. And good for them! 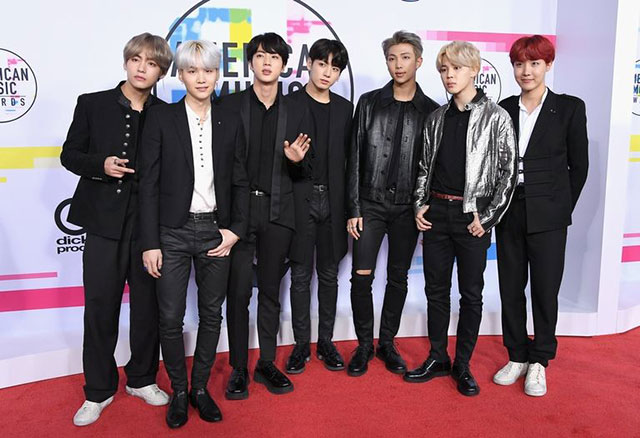 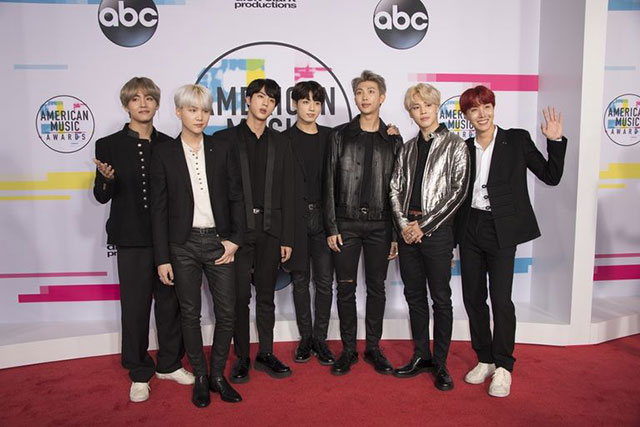 The seven-strong superstar Korean boyband walked the carpet ahead of their performance tonight, and RM's ripped jeans were perfect. Jimin's aluminum foil silver jacket was perfect. V and J-Hope's scuffed white sneakers were perfect. (According to Teen Vogue, the boys' skin was also perfect and you know I'm not here to argue otherwise.) I could go on (and on) because everything was perfect! I'm so happy about it!

Here's a bonus BTS (as in behind the scenes) photo of BTS prepping for their moment on-stage later in the night also. 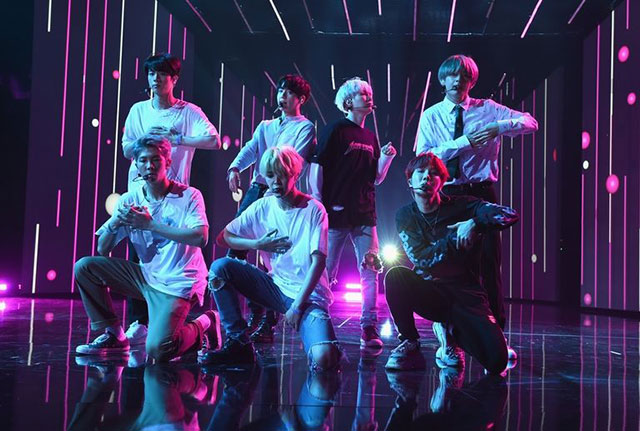 It's going to be great.