They were looking to grow their following and become famous with their increasingly dangerous stunts.
by Tess Koman | Jun 30, 2017
Post a Comment

MonaLisa Perez, 20, remains in jail after shooting her boyfriend Pedro Ruiz at short range on Monday, the StarTribune reports. The couple was recording a stunt for their YouTube channel outside their Minnesota home.

According to CBS Minnesota, Ruiz was holding a thick book in front of his chest and instructed Perez to shoot at him with a .50-caliber pistol. They wanted to see if the book could stop the bullet. The pair reportedly had tested the stunt out already—they were filming when the shooting occurred. Police said there are "multiple videos" of the incident, but that none of them will be released at this time. 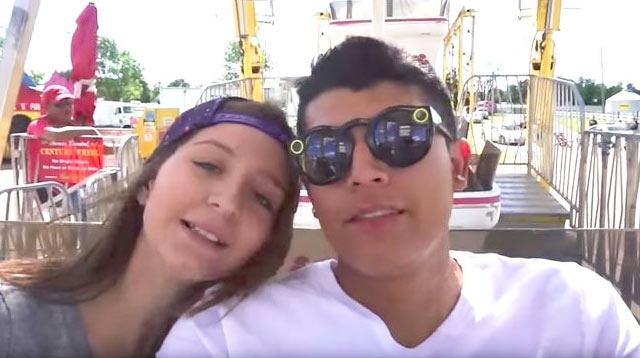 A medical helicopter was called to the scene after the shooting. "People watched as chest compressions on Ruiz were done," Valley News reports. He was pronounced dead at the scene.

Perez, who is seven months pregnant with their second child, is charged with second-degree manslaughter and reckless discharge of a firearm. She will remain in jail throughout her first hearing today (which she will attend via video conference).

She also said the pair was trying to achieve YouTube fame and grow their following with increasingly dangerous stunts. "He had told me about an idea. I said, don't do it, don't do it. Why are you going to use a gun? Why? Because, we want more viewers."

Ruiz and Perez had been together for six years. Their first child is three years old and was reportedly present at the time of the shooting.