How Effective Are Contraceptives?

Here are all the different methods so you can make the right decision for you.
by Kim Easton-Smith | Jun 5, 2018
Post a Comment

We now have a lot of choices when it comes to planning our future families. But sometimes choice can be confusing, and the more we understand our bodies, the more important it is to choose the right contraceptive methods for our health, sex lives, and fertility.

So we rounded up today's modern options and their effectiveness to help you work out what's right for you: 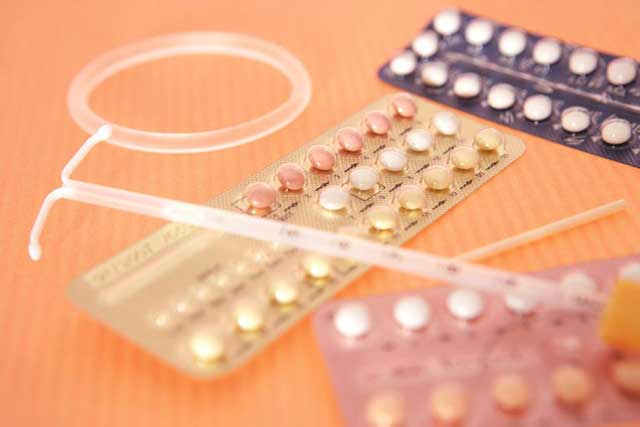 There's been a lot of talk about apps and digital cycle tracking in recent years. However, although it uses modern algorithms and your smartphone, it's really going back to one of the earliest forms of birth control: Fertility awareness and "natural" planning. That is, it tracks your temperature, period, and ovulation to work out when you're fertile. It's a small window of just a few days, but get it wrong and you can wind up, well, pregnant.

If used correctly, and if your cycle is reliable and traceable, the app can be as effective as the pill. But while it's fantastic to know and understand your cycle, unless you're okay with perhaps getting pregnant, it's probably not reliable enough on its own.

Depending on how well it's used, the female condom can be fairly reliable, but it's not such a great idea if you're a bit slapdash. It's not a particularly popular method, though some women prefer to be in charge of their own non-hormonal protection.

That aside, if you really don't want to get pregnant, the male condom is generally more effective when you make sure it's used properly. 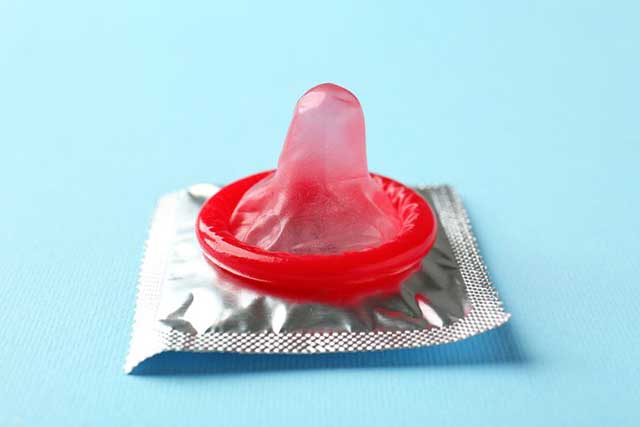 According to Planned Parenthood, regular condoms are 98 percent effective at preventing pregnancy. But because people aren't perfect and don't always use them exactly as they're designed (i.e. putting it on too late, or in the wrong way that it breaks) condoms are realistically about 85 percent effective.

"That means overall, about 15 out of 100 people who use condoms as their only birth control method will get pregnant each year." Scary stuff.

However, putting them on correctly makes them highly effective, and they require no hormones. Plus, you'll know if they broke, which can give you a greater feeling of control.

The Brook organization explains that the injection is more than 99 percent effective, and can protect you from pregnancy for eight, 12, or 13 weeks, depending on the medicine used. It works mainly by preventing ovulation and is also not affected by other medications. 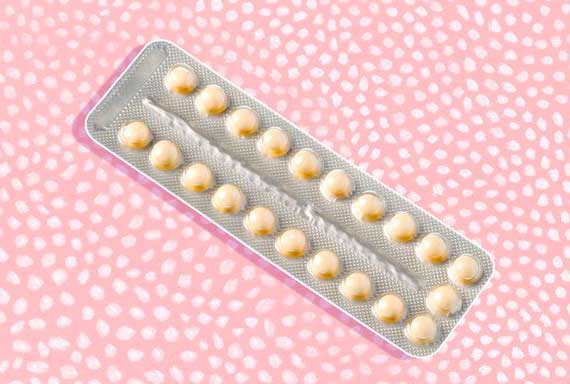 According to the NHS, when taken correctly, the pill is over 99 percent effective at preventing pregnancy. But because we're not perfect, taking it at irregular times, forgetting a pill or two in a cycle, or taking it with other medications or when you're sick can reduce its effectiveness to 91 percent.

The progesterone-only, or "mini," pill

Another hormonal method that's pretty darn reliable, the mini pill's effectiveness is reduced to around 91 percent with regular use.

Both pills are hormonal, but various brands use different hormones and different levels so it's important to make sure you're taking the right one for you.

There are also medical reasons for taking one over the other, such as if you have breast cancer in your family (in which case, the mini pill is often recommended) or if you have problem periods and PMS, or hormonal acne (which can be improved by the combined pill).

There's also increasing evidence linking the pill to depression, so it's important to pay close attention to how you're feeling—physically and mentally—in the first few months you're on medication. Changing to a different pill can improve this. 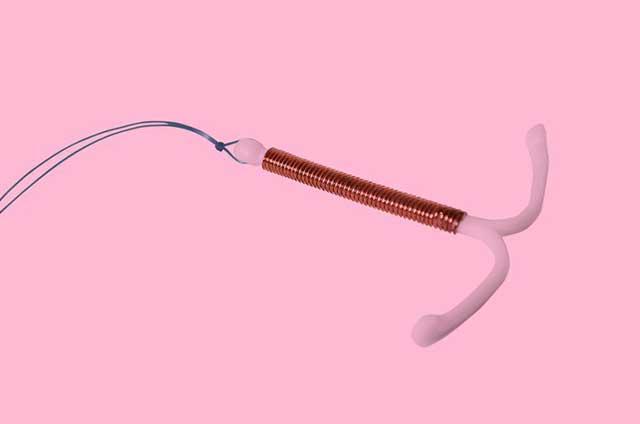 Because you can’t forget to take these methods, they are some of the most reliable of all contraception, rated as 99% effective by the NHS.

The IUS is a hormonal, T-shaped implant in the uterus that uses a combination of hormones to prevent ovulation and thicken cervical mucus. It sits inside the womb, meaning only small amounts of localized hormones are required.

The IUD is the non-hormonal option, which works by irritating the lining of the womb so an embryo can’t implant. Though it’s called ‘the coil’, it’s actually also a T-shaped device that sits just inside your uterus.

It can cause heavy periods (especially for the first few months) though both may cause periods to stop, which can be disconcerting or joyous, depending on how it makes you feel. They don’t protect from STIs.

Fitting one of these within five days of having unprotected sex can also be a form of emergency contraception, as they will stop any embryo implanting to become a pregnancy.

This is another fairly rare type of contraception used these days, but when used correctly, it has a high success rate at preventing pregnancy. A ring is inserted into the vagina, which secretes small amounts of hormones that prevent ovulation and thicken cervix mucus. It’s changed once a month and isn’t affected when you’re sick or taking other medication, because the hormones go straight into your reproductive system rather than through your stomach. However it can be difficult to insert and remove, you can forget to replace it at the right time, and it can cause hormonal effects such as breast tenderness and increased vaginal discharge. 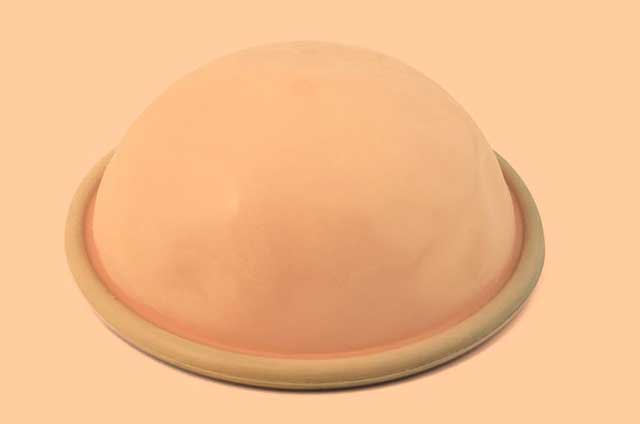 "When used correctly with spermicide, a diaphragm or cap is 92-96% effective at preventing pregnancy," reports the NHS. You insert the cap into your vagina, so that it covers the cervix, which, combined with spermicide, stops sperm reaching your egg.

Similar to the implant, the patch works effectively because it can be stuck on and forgotten about. It contains small amounts of hormones that get into your system through your skin. But if it falls off, or you forget to get it replaced regularly, its effectiveness is reduced.

It does have a low level of hormones and is non invasive, though, so if used correctly it can be a good option for those who don’t like the idea of some of the more invasive LARC options. 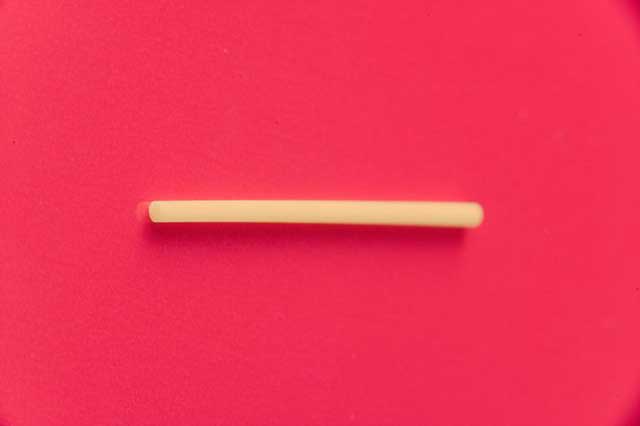 According to the Family Planning Association, fewer than 1 in 1000 women will become pregnant over a three year period with the implant, which is a small, rod-shaped hormonal device that sits just under the skin of your upper arm.

The ‘pull out method’

Frankly, this shouldn't really be called a contraceptive method. It doesn’t protect against STIs and it doesn’t necessarily protect against pregnancy either. That’s because there can be sperm in your man’s ‘pre-cum’, and if he can’t pull all the way out in time, there’s nothing to prevent you becoming pregnant. So if you’re keen not to have a baby - this probably isn’t for you.

The morning after pill 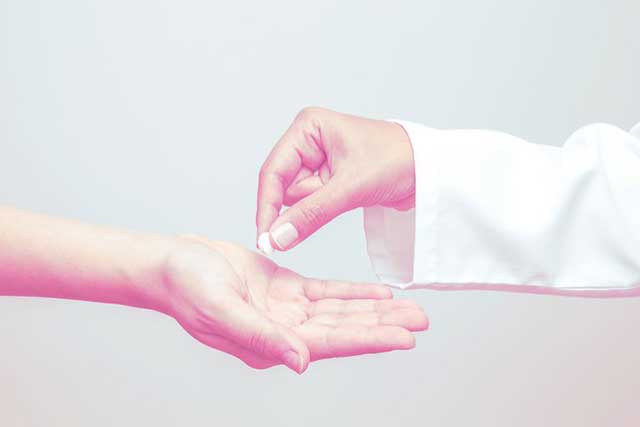 Emergency contraception to stop you getting pregnant after you’ve already had unprotected sex, is not the most reliable form. However, if it’s too late, and your only option, taking the morning after pill as soon as possible (within 24 hours) makes it around 95% efficient. After three days, this reduces to around 89%.

This article originally appeared on  Cosmopolitan.com/uk. Minor edits have been made by the Cosmo.ph editors.