'Morning People' Have A Lower Risk Of Breast Cancer

One in seven women in the UK will be diagnosed with breast cancer in their lifetime, which—when you look at the women around you now—is a pretty high number.

However, new research from the University of Bristol suggests that women who are innately "morning people" may have a lesser chance of developing the disease.

The study's findings, which were presented at the NCRI Cancer Conference in Glasgow, revealed evidence to suggest the body clock may play a part in determining breast cancer risk. Your body clock—also known as your circadian rhythm—determines when you sleep among various other things, and the Bristol University research indicates that people whose circadian rhythm makes them naturally early risers may be less at risk of breast cancer than "night owls" who go to bed late and struggle to wake in the morning.

In order to gather the research, experts analysed 341 snippets of human DNA that determine whether a person will be a "morning person" or a "night owl." With this information, they used the data of over 300,000 women—180,000 women from the UK Biobank project, and 230,000 women in the Breast Cancer Association Consortium study—to assess whether genetic programming for sleep pattern had any correlation with breast cancer diagnosis. 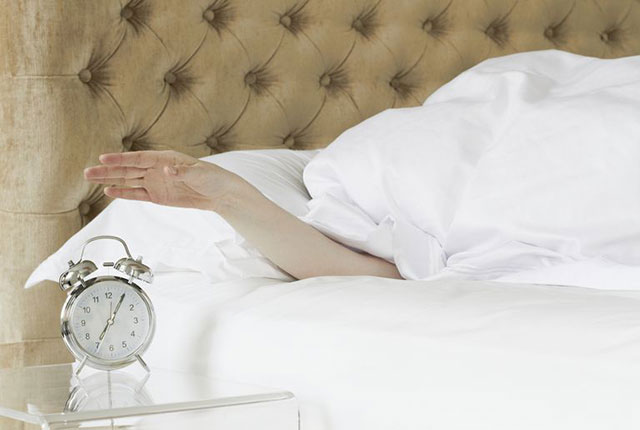 And indeed, it did appear to. Over the eight year snapshot the data covered for the women involved in the study, two in every 100 "night owls" developed breast cancer, whereas just one in 100 'morning people' developed the disease.

But while the new research is potentially revelatory, it doesn't address why the body clock has an impact in the development of cancer.

"We still need to get at what makes an evening person more at risk than a morning person… we need to unpick the relationship," Dr. Rebecca Richmond, one of the study's researchers, told the BBC.

Until that vital information is discovered, this study's results could still be valuable. If it reminds women that genetic predispositions can be one of the most fundamental factors in determining whether they develop breast cancer, it may urge them to be more aware of checking their bodies for any unusual changes.

You can find out all about how to check your breasts here.