He drank a soda, latte, and energy drink within a two-hour span one morning.
by Samantha Swantek | May 18, 2017
Post a Comment
Featured

After drinking a soda, latte, and energy drink all within a two-hour span one morning last month, 16-year-old high school student Davis Allen Cripe collapsed in his classroom and later died.

The American teen's cause of death was unknown until May 15, when the Richland County coroner released the results of the investigation into his death. According to WYFF News 4, Cripe died from a "caffeine-induced cardiac event," caused by him drinking a large Mountain Dew, an energy drink, and a McDonald’s latte within a two-hour span. "It was so much caffeine at the time of his death, that it caused his arrhythmia," said the coroner.

According to NBC, Cripe had no prior heart conditions that would have caused the arrhythmia. "Davis was a great kid," said Davis's father, Sean Cripe, when describing his late son. "He had a personality larger than life, and a heart of gold."


"We worry about their safety, their health, especially once they start driving, but it wasn't a car crash that took his life, instead it was an energy drink," Cripe said in a press conference Monday, as he lamented the dangerous and unlikely cause of his son’s death. According to CBS, he suggested that parents monitor their teen’s caffeine consumption and pleaded with teens to stop drinking highly caffeinated beverages. "Parents, please talk to your kids about the dangers of these energy drinks. And teenagers and students, please stop buying them. There's no reason to consume them. They can be very dangerous." 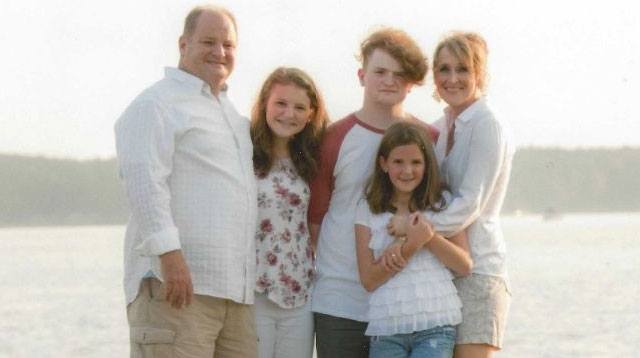 Many people consume copious amounts of caffeine daily, unaware of the deadly effects. But taking in too much of the substance—which is actually a stimulant drug—is possible. NPR notes that three to four cups a day, which collectively pack a punch of around 400 milligrams of caffeine, is where you should stop. If you're having trouble keeping track, refer to Cosmopolitan's guide to safely regulate your intake.