This Incredible Poster Makes A Great Point About Contraception

'The only 100% effective way to prevent drowning is total abstinence from going in the water'
by Harriet Thurley | Aug 16, 2015
Post a Comment
Featured

This brilliant, satirical pro-choice poster highlights the obscenity of having no access to contraception, and hammers home the futility of the arguments pro-lifers use. By using a clever analogy, the sign, which first appeared on Breanieswordvomit.tumblr.com, compares contraception to life jackets and getting pregnant to drowning. 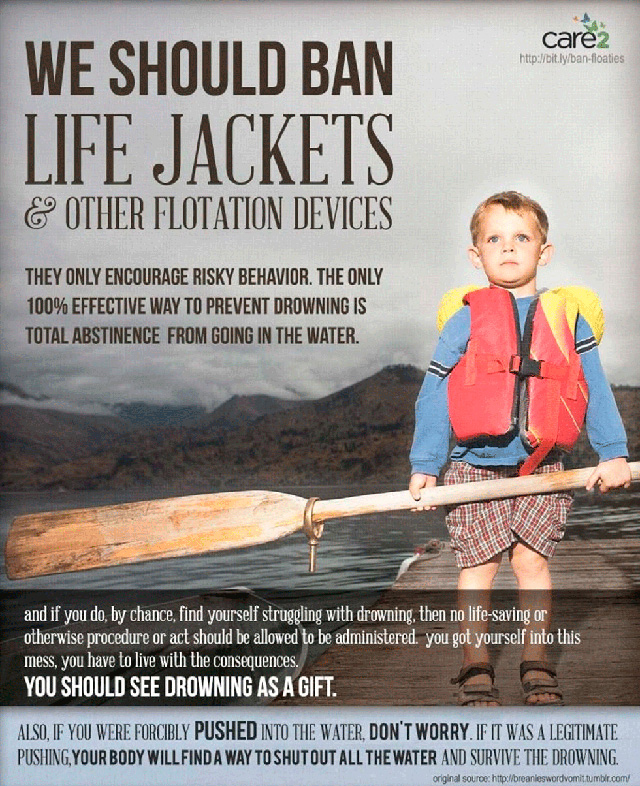 It continues: "Also, if you were forcibly pushed into the water (a not-so-subtle metaphor for rape) don't worry. If it was a legitimate pushing, your body will find a way to shut out all the water and survive the drowning."

In March this year, one blogger used a metaphor about tea to highlight sexual consent and in September last year, Cambridge and Oxford Universities implemented compulsory sexual consent classes.