The One Ingredient Kate Middleton Adds To Her Breakfast Every Day

As wife and mother to numbers 2, 3, and 4 to the British Throne, it's important for Kate Middleton to keep herself healthy. She's got a pretty important family to help rear, after all.

Not only that, but she looks great. So it isn't any wonder that most of the female population are keen to find out what she does to ensure she stays as fit and healthy as she possibly can.

So when the ins and outs of what the Duchess of Cambridge puts in her breakfast every morning were revealed, we were all ears. Marie Claire reports the one thing we could all do with adding to our shopping lists is spirulina—the ingredient Kate adds to her daily breakfast smoothies. 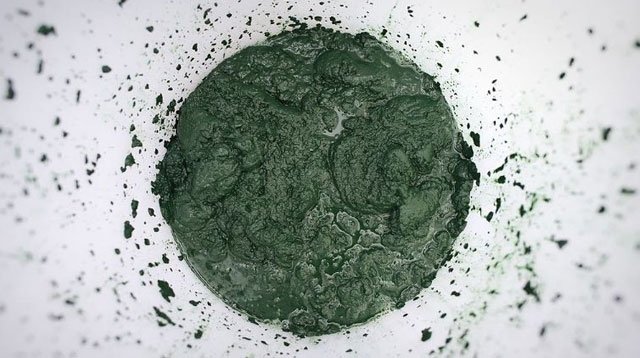 Spirulina looks and sounds pretty disgusting, tbh, which is fairly unfortunate. It's a blue/green microalgae that can be found in bodies of water, is one of the world's oldest life-forms, and is thought to be one of the most nutrient-rich foods you can eat.

Apparently, the Duchess likes to mix her spirulina in with a smoothie made up of kale, spinach, lettuce, coriander, and blueberry juice. So yeah, it's not exactly a bowl of Koko Krunch.

The health benefits of spirulina include the fact that it's seriously high in protein; and contains an array of vitamins, minerals, and amino acids which serve to increase energy, reduce fatigue, improve stamina, boost the immune system, and keep the heart, liver, and kidneys healthy.

It also apparently naturally detoxifies our bodies, helping them to cleanse of impurities, so it sounds pretty positive all round where health is concerned. The only issue, of course, is that it looks kinda gross.

So I guess it's personal choice whether you actually want to put yourself through the consumption of algae for breakfast every morning or, say, eat scrambled eggs and avocado on toast instead. Let's put it this way: I know which one I'll be opting for.