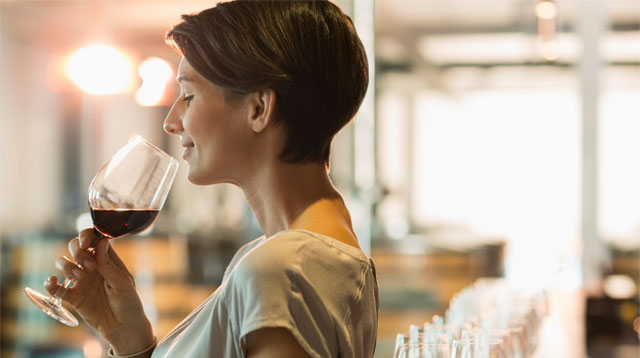 1. It raises your good cholesterol.

In a two-year study on patients with type 2 diabetes, red wine was found to significantly boost levels of "good" HDL cholesterol. But in order to reap the benefits, you really do need to be drinking in moderation—the research suggests that the sweet spot is probably a glass of red wine a night.

2. It fights off colds and flu.

While traditional wisdom might tell you that alcohol suppresses the immune system, studies have actually found the opposite to be true—but again, moderation is key. A Spanish study found that those who drank two glasses of red wine a day were much less susceptible to the common cold than beer or spirit drinkers.

3. It can help to manage type 2 diabetes.

Though diabetics will often be told to avoid alcohol, a study from last year showed that drinking a glass of wine with dinner improved blood sugar control in those with type 2 diabetes.

4. It can reduce your calorie intake.

Drinking red wine before a meal has been found to increase satiety—in other words, make you feel more satisfied—and therefore less likely to over-eat. You have to take the wine calories into consideration here, of course, but much like with dark chocolate, the satiety factor makes it easier to stop after one glass of red.

5. It increases your lifespan.

Seriously. A 29-year-long study showed that red wine drinkers have a 34% lower mortality rate than beer or vodka fans. Researchers attributed this to the fact that red wine is packed with polyphenols (a micronutrient known to protect against several types of diseases), which you can get from places other than wine. Still, not a bad argument for that nightly glass of Merlot.

***
This article originally appeared on Cosmopolitan.co.za. Minor edits have been made by the Cosmo.ph editors.