7 Secrets To A Happier You 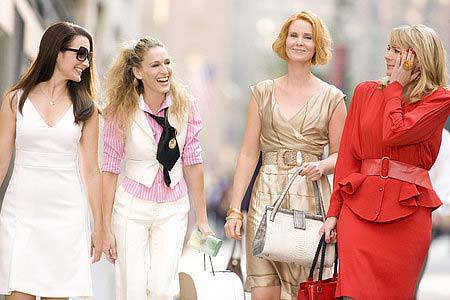 We live in a world where there are endless possibilities. Think about it: As women, we have a billion options when it comes to careers, relationships, clothes...hell, even groovy exercise classes. And yet, we’re more bummed out than ever before. Proof: When Pinoys were surveyed by the Social Weather Station in 1996, 40 percent said they were “very happy,” but by 2004, it was down to 28 percent. “Intuitively, having so many choices should make you happier, but it can actually make you feel worse,” says Barry Schwartz, PhD, author of The Paradox of Choice: Why More Is Less. “The more options you have, the higher your expectations, and when your expectations are sky-high, you’re destined for disappointment…no matter how good things get.”

So if such abundance doesn’t make us happy, then what does flip our bliss switch? Is it adopting the lifestyle before we had so many life options? Not entirely. Our parents grew up with fewer choices to make, but assuming their life goals isn’t the answer because the world isn’t the same place today. The key is actually a mix of things, some timeless and some that relate to this generation. Here, the essential elements.

You Need A Solid Core Group Of Friends

Look at Carrie from Sex and the City. Through everything from Post-it note breakups to snapped stilettos, she is generally one happy camper. Why? She has her posse. “Friendship is one of life’s main joys,” says David Niven, PhD, author of The 100 Simple Secrets of Happy People. “Spending time with people who really know you affords you the freedom to be yourself, which increases contentment.”

But you don’t need to be the founding member of your own fab four to be happy. “You can have a small close-knit gang or various friends that factor into different areas of your life but aren’t necessarily part of the same group,” says Niven. “What matters most is that you feel open with them and they can be open with you.”

Of course, establishing openness doesn’t just happen. Friendships need nurturing. “In order for the relationship to grow, you have to share bits of your more private thoughts,” says Niven. Maybe that means spilling your secret desire to, say, audition for American Idol. “Once you reveal more of yourself and see that these friends accept you for who you really are, you’ll feel connected and therefore happier,” adds Niven.

You Gotta Have Adventures

Quick: Recall your favorite college memory. A hundred bucks says it wasn’t that time you studied really, really hard and got an A minus on your Chem 101 exam. The, um, yum incident with the teacher’s assistant in the lab after class ranks a little higher, right? Thought so. And that’s the point. “If everything you did in life was safe, you’d never have any exhilarating moments or crazy experiences to recall, both of which give you the sense that you’re truly living,” explains Brian Luke Seaward, PhD, author of Quiet Mind, Fearless Heart.

Now, we’re not suggesting that you totally hurl caution to the wind, but don’t get hung up on always staying on the straight and narrow. “People assume that doing the right thing leads to happiness, but actually taking risks does,” says Seaward. For you, that might entail going off on a three-day weekend with a new guy or just wearing that extra-slinky mini-dress. 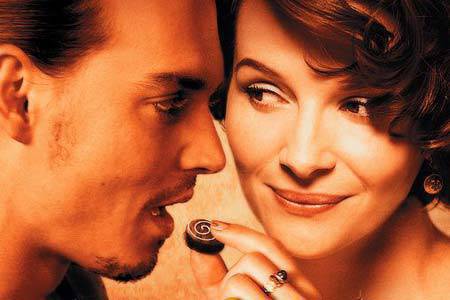 If you can barely scrape together enough cash to spring for that P105 frappe, you’ll love this: Money (and all the crap that you can buy with it) won’t bring you happiness. In fact, when wealthy Americans were surveyed, they reported being only marginally happier than the general public. “When you have limitless funds, you tend to be hell-bent on accumulating more,” says New York clinical psychiatrist Janet Taylor. “In the process, you lose the ability to appreciate what you do own and have difficulty feeling fulfilled.”

And you don’t need to be a gazillionaire to get caught in this trap. The problem might be that you just can’t seem to throw anything out. Like your favorite shirt from your high school days, that (hello!) is from Giordano. “Extra belongings weigh us down and crowd our space, making us feel overwhelmed and disorganized,” says Dr. Taylor. “Lightening up will help you regain control and, therefore, happiness.”

On that lighter note, now is the perfect moment to purge. You don’t have to clean house completely, but you should hold on only to stuff you Love (with a capital L). “If you haven’t used or admired something in six months, part with it. No guilt allowed,” she insists. To be clear: That doesn’t mean stacking things in a giveaway pile in the corner of your room. It entails bagging up the items and disposing of them ASAP—whether you donate them to charity or sell ’em in an ukay-ukay.

A Balance Of Busy And Dead Time Is Key

Always zipping around in spaz mode without a second to spare for even a pee break is bound to take a toll on your mood. But so is idling the day away on the couch. “Overextending yourself induces stress, yet it also makes you feel productive, like you’re contributing something, which is very important to happiness,” says Niven. “Similarly, inactivity breeds boredom, which inspires feelings of uselessness and discontent, but lulls are vital.” Essentially, all go-go-go will wipe you out, as will a solid diet of nada, but a mix of both? Bingo!

Okay, so how do you strike the perfect balance? Fill your days with stuff you love (your Tuesday-night Tae-bo class) and stuff you have to do (balancing your checkbook). Just keep in mind that at the end of the day, you want to feel like “you’ve accomplished something but that you’ve also relaxed,” says Niven.

Of course, the toughest part for most of us is learning to let go. For you, it might be enough to vow not to dwell on work after-hours or to schedule regular vacations. Others find meditation helpful. No, you don’t need to lie in the dark, chanting om for 10 hours. A quick eight minutes is all it takes, according to Victor Davich, author of 8 Minute Meditation.

To do: Start by sitting upright with your hands on your thighs, palms up. Close your eyes and take a deep breath. Hold it for a two-second count, then release, letting your breath ease into its natural rhythm. Focus on keeping this concentration for the eight-minute span and you’ll feel lighter instantly. Really.

It’s Crucial To Give In To Temptation

You log overtime at work, hit the gym religiously, stick to a low-fat, no-fun diet, and even remember birthdays. Or maybe you aren’t quite so type A. But you still get to work on time, kiss your boss’s ass when you’d rather kick it, and play nice to your folks. Face it, making it in this world takes some serious discipline, regardless of your personality profile. “The pressure to keep up is so exhausting that it would seem like the payoff for showing such restraint would be great,” says Seaward. “But if you don’t stop to savor something pleasurable, you’re going to wind up miserable.”

Clearly, you must indulge. Some thoughts: Splurge on a gourmet sandwich one day for lunch instead of brown bagging it. Surf the Web rather than returning that hundredth e-mail. Get the deluxe spa pedicure. “When you feel completely overwhelmed, that’s actually when you need to treat yourself the most,” says Seaward. 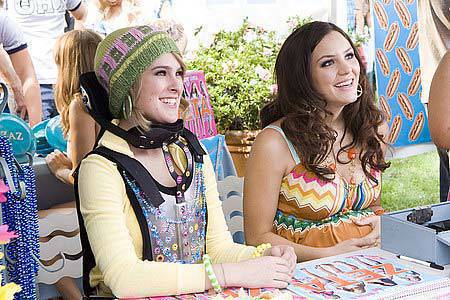 Liking Yourself Is Non-negotiable

Since you’re human, you have no doubt had one of those “OMG! I can’t believe I said that” moments, followed by a “Stupid, stupid, stupid” fist to the forehead. Like, say, the time you introduced your guy to Willy the CEO at the office beach trip, only Willy’s name is actually Bill. Then you spent the rest of the night harping on what an idiot you are. “We tend to beat ourselves up, but it’s necessary to let ourselves off the hook,” says Ed Diener, PhD, professor of psychology and leading happiness researcher at the University of Illinois at Urbana-Champaign. “Inevitably, you’re going to make mistakes, and yet you still have to like yourself.”

The same holds true for those so-called physical imperfections that you let deflate you. You know, the slight crook in your nose that you swear makes you a prime candidate for The Swan. We can all point to 10 things that are wrong with us, but the key to happiness is appreciating yourself despite them, adds Diener.

And that ain’t easy. But it’s very important to learn to keep your inner critic in check. So for every time you put yourself down, remind yourself of something you excel in and get comfortable talking yourself up by tossing one positive thing (e.g., props from your boss or a sweet text from your boyfriend) into conversation. “We tend to downplay our successes because we don’t want to sound like a braggart, but sharing good news is uplifting,” says Diener. “Not only are you reflecting on something that made you feel awesome, but the other person is going to get excited for you, which gives you an even bigger lift.”

You Must Stop Mentally Browsing

We know you’ve been here: You’re sitting at a restaurant, menu in hand, when the deliberation begins: Chicken or fish? Chicken or fish? After angst-ing for 20 minutes, you go with the fish…and then sit there until the meal comes, wondering if you should’ve gone with the chicken. Okay, maybe this is a very mild version, but in life, we do this on a larger scale all the time. “We convince ourselves that there must be something better out there, but ‘mental browsing’ is a recipe for dissatisfaction,” says Schwartz. “You’re wasting time and energy on doubting a good move just because there was another option, or 10, that you didn’t choose. You’ll never be happy if you live like this.”

The solution? Whenever a decision is in doubt—like whether your current guy is The One—pick two characteristics that are important to you (in this case, maybe it’s a sense of humor and a close-knit family). Once your criteria are established, ask yourself if they’re being met. If so, forget other options and move on. You’ll know if another option is better for you because it’ll nag at you. So relax, you’ve made the right choice...or at least one that’s going to make you happy.