How Rich Is Ariana Grande?

While most of us have no tears left to cry after looking at our bank accounts, Ariana Grande has a balance even higher than her ponytail, which, as we all know, is high AF.

At just 24 years old, Ariana is worth millions of dollars—and not just thanks to her music. She's also enjoyed a lucrative career as a Nickelodeon actor, plus that iconic stint on Scream Queens, and has scored a slew of impressive endorsement deals. Here's a breakdown of Ari's assets to make you equal parts jealous, impressed, and weepy.

She Made Bank On Nickelodeon's Victorious 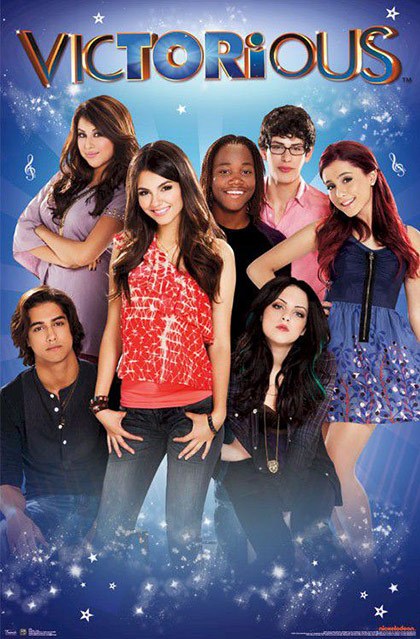 Assuming her salary stayed at $9K/episode (TBH, it would be sort of surprising if she never got a raise), our calculator tells us she made $513,000 (P27.3 million) just from Victorious. That's over half a million dollars! Ariana was also on a season of Sam & Cat, as well as the first season of Scream Queens, though her income from those bad boys isn't readily available for nosy peeps on the internet. Sad.

Her Concert Sales Are The Opposite Of Shabby

Ariana's 2017 Dangerous Woman tour spanned five continents and ended up grossing a casual $71 million (P3.7 billion) in just seven months. OH, and apparently she was making "over $50,000 (P2.6 million) in merchandise every night" on top of that. Shoutout to all the people who waited in endlessly long lines to buy tees with bunny ears on them!

The singer's 2015 Honeymoon tour made $40 million (P2.1 billion) during an eight-month run—which, again, ain't too shabby.

She's Made A $hit Ton On Her Singles

Okay, so her music may not earn her as much as Katy Perry's or Taylor Swift's does, but hits like "Bang Bang" and "Side to Side" still helped Ariana rake in bucket loads of money. Specifically, $29.5 million (P1.5 billion) from single downloads. In other words, more money than most of us will see in our lifetimes! It's fine! Totally not having a meltdown about my finances! No worries!

She Has Major Endorsement Deals (and a Fragrance!)

Like most celebrities, our girl Ari works with brands who pay her $$ for her endorsements. She's currently the global ambassador for Reebok, a gig which presumably earns her some major coin.

Ariana has also walked in the illustrious footsteps of celebs like Britney Spears and Paris Hilton by releasing her own line of perfumes, which reportedly grossed $150 million (P7.9 billion) in 2017.

So, What's Her Total Net Worth?

According to Celebrity Net Worth, that would be about $45 million (P2.3 billion)—which might sound small compared to the money her perfumes made, but you gotta remember things like taxes, overhead, and the fact that Ariana herself only takes home a portion of what her music, merch, and products actually gross.

Regardless, $45 million is a LOT of money. WE CRY. HUHU