Gina Romero's life hasn't been a cakewalk. Long before she established Connected Women, a community that aims to upskill and reskill women through the use of technology, she had to force herself through sudden dead-ends, going beyond her own comfort zone to get a foothold every time the ground disappeared from beneath her feat.

It started with a life in her family farm in Pampanga, which they lost due to the Mount Pinatubo eruption.

"After my family lost our business, I had to go back to the UK after several years of being in the Philippines," she tells FemaleNetwork.com in an email interview. "I was so confused! I had no idea what I wanted to do with my life. I had dropped out of college where I was studying to be a vet and didn't feel like I had any clear direction."

On board her flight back to England, the young Gina couldn't help but cry, until an attendant saw her. "One of the cabin crew invited me to sit in her seat and gave me a whiskey, and in that moment, it occurred to me—that was a job I wanted to do!" 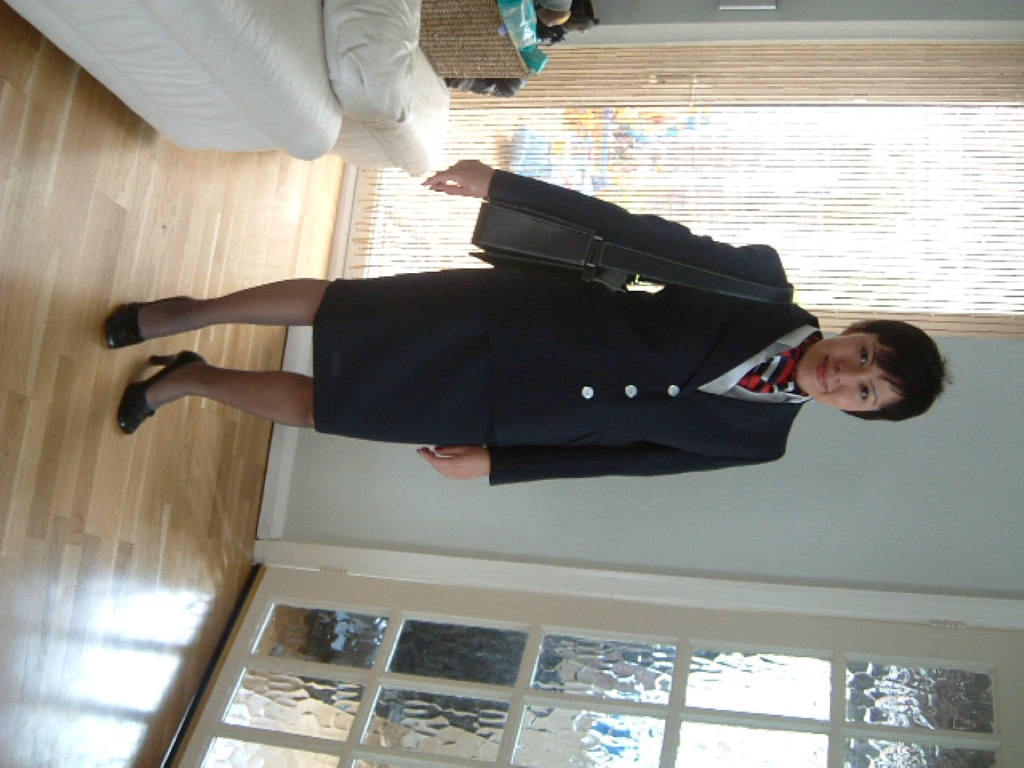 Due to her age, it would take another year before she would be able to apply, but she eventually got the job despite the tough competition.

That was the start of ten beautiful years traveling around the world. It was also during this time that she met her husband, with whom she had two kids.

"I didn't want our clients to know that I was Cabin Crew in case they stereotyped me and didn't take me seriously as a busines woman. I felt like a fake, and was terrified that someone would find me out!"

"We started a small side hustle business and selling laptops online," she shares. "We then transitioned into home and business WiFi services that eventually evolved into a boutique technological solutions company.

Gina admits that there was a steep learning curve for her. Aside from not being predisposed to IT as her husband was, she was also scared that being in a career so far off their business would be detrimental for her.

"There were so many times that I had classic imposter syndrome. I was still flying part-time, and I would come home from trips, out in a suit, and we would sit in a boardroom with investment bankers and company directors, and I would try to pitch IT solutions I didn't fully understand. 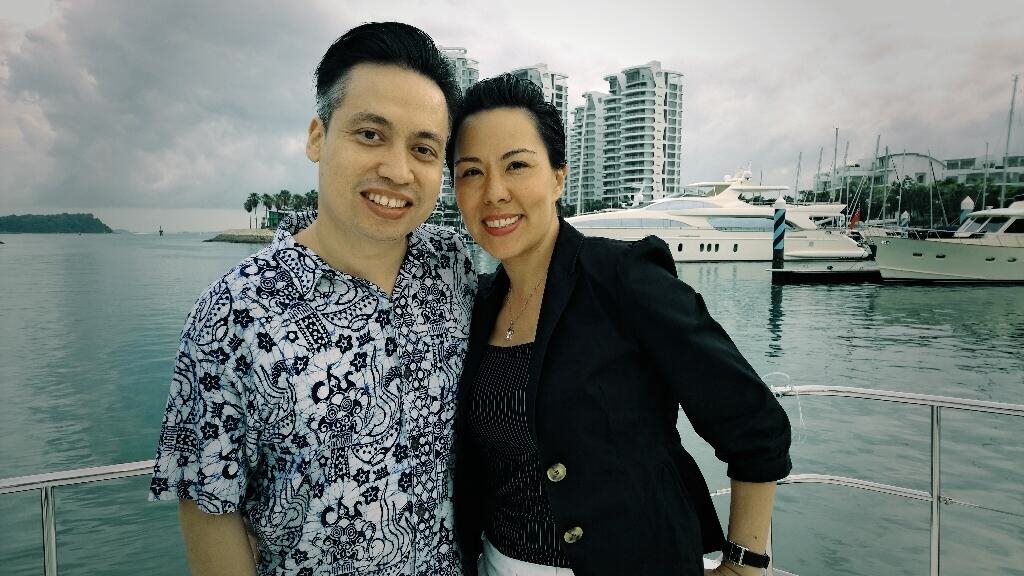 "I didn't want our clients to know that I was Cabin Crew in case they stereotyped me and didn't take me seriously as a busines woman," she admits. "I felt like a fake, and was terrified that someone would find me out!"

She later realized, however, that she was actually more knowledgeable on the subject than she gave herself credit for. "My constant exposure to the technical discussions, my passion to self-learn, and my habit of constantly asking questions allowed me to absorb the knowledge to become an expert in my field. I also realized that the most important part of technical consulting is listening and understanding what the client needs—not necessarily what they're asking for."

"I strongly believe that technology is a game changer for women, and by creating technology-powered location independent work opportunities, we help keep women in the workforce when they might have otherwise dropped out."

Gina went into their IT business full-time, but unfortunately, it eventually shuttered.

"We were actually doing really well. We won clients, we wowed them, and our client base kept growing. But both my husband and I were not strong at admin or finance so we were constantly struggling to manage our cashflow."

The expansion of the business gave Gina and her husband cashflow issues, especially since client payments came in slow.

"Fortunately, our biggest client headhunted my husband and brought him in as their CTO, which allowed me to refocus on my passion, working with women and advocating for technology. We moved to Singapore for the client, and that opened a new Asia Chapter for us."

"Taking that step to leave home and look for opportunities abroad is extremely courageous and I've met countless other Filipino Overseas Workers with similar stories. Access to technology and connectivity means we can open up opportunities for women to earn a decent wage from home."

It was also around this time that she and co-founder Ruth Yu-Owen started Connected Women. "I strongly believe that technology is a game changer for women, and by creating technology-powered location independent work opportunities, we help keep women in the workforce when they might have otherwise dropped out." 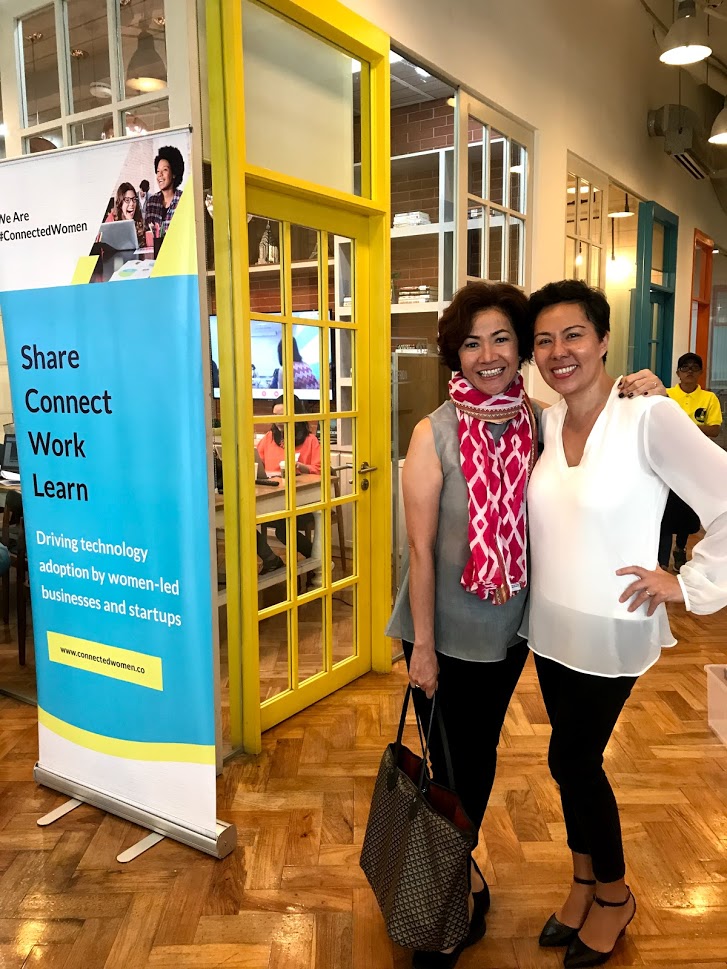 According to the Philippine Commission on Women, despite being known for having better gender equality statistics there's still a lot of work to be done:

"The issue of unpaid care and the concentration of domestic and care work to women compound on the multiple burdens which limits on their full participation in the labor market... The labor force participation rate of women is about 48 percent while men is approximately 77 percent, which is 29 percent lower than that of men."

This is why for Gina, the dream of keeping women connected to their families and the workforce is something close to her heart.

"My mum left her small town in Porac in the early 70s to work in the UK as a domestic staff. Taking that step to leave home and look for opportunities abroad is extremely courageous and I've met countless other Filipino Overseas Workers with similar stories. Access to technology and connectivity means we can open up opportunities for women to earn a decent wage from home." 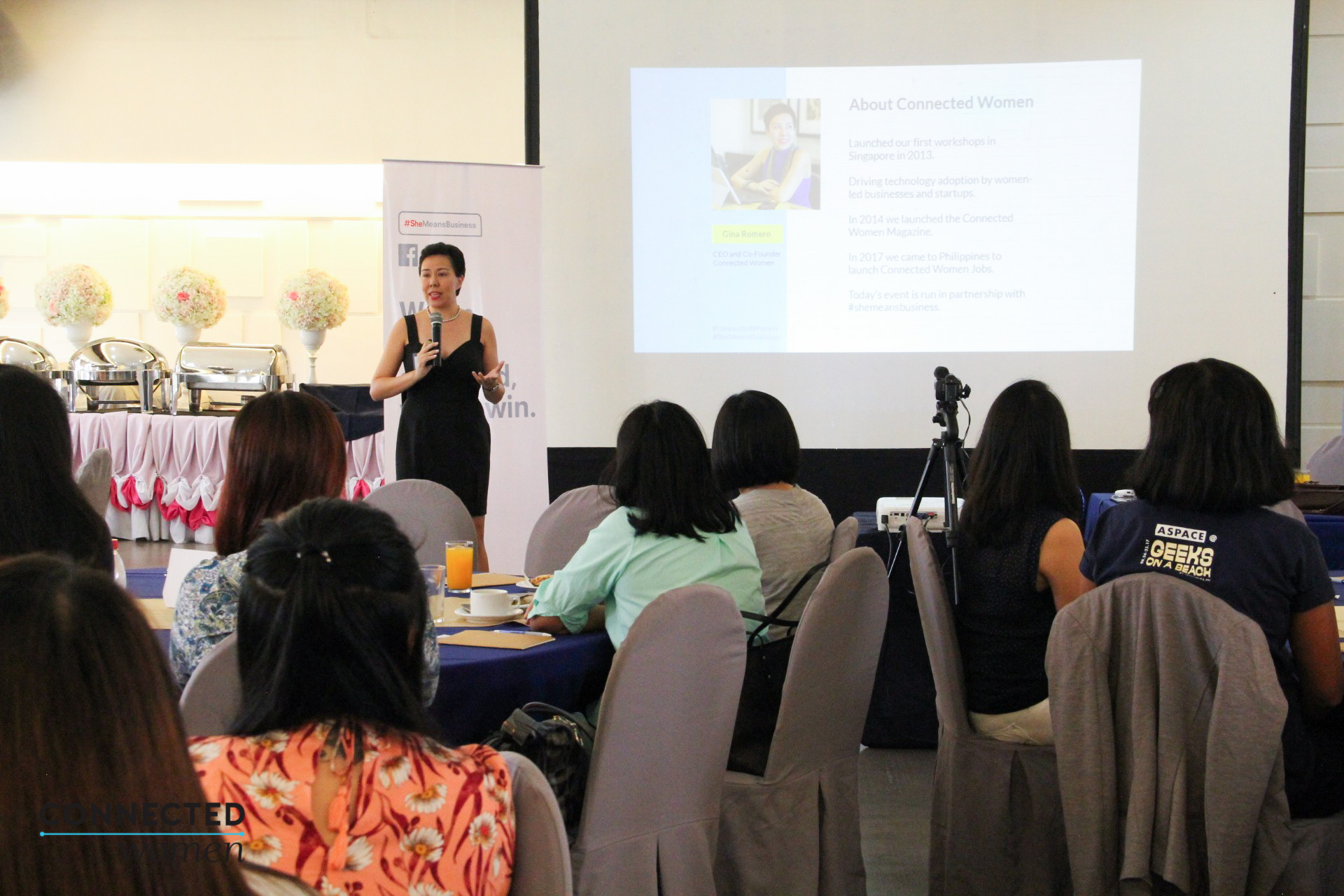 Aside from offering women the opportunity access to educational materials as well as the ability to connect with their peers, Connected Women also helps its community find jobs. Gina admits, however, that this arm of the platform suffered during the pandemic.

"We have been through so many ups and downs, and this last year has been brutal..." she shares. "But that just made us even more determined. Our community needs us to help find solutions so they can earn and survive these difficult times. They look to us to inspire and support them in their journey. That's a lot of weight to carry on your shoulders."

"You have to be fearless and a little bit crazy."

To deal with this, her team went back to one of the pillars of the community: technology. "We are not focusing on upskilling low-income or displaced women to do Artificial Intelligence Data Annotation, which is an in-demand job in the AI industry. We then work with AI companies to process the data needed to train machine learning models for AI application. This is an exciting project and we are proud of the progress we made despite the pandemic. In fact, we won and award from UN Women for COVID-19 response through that project." 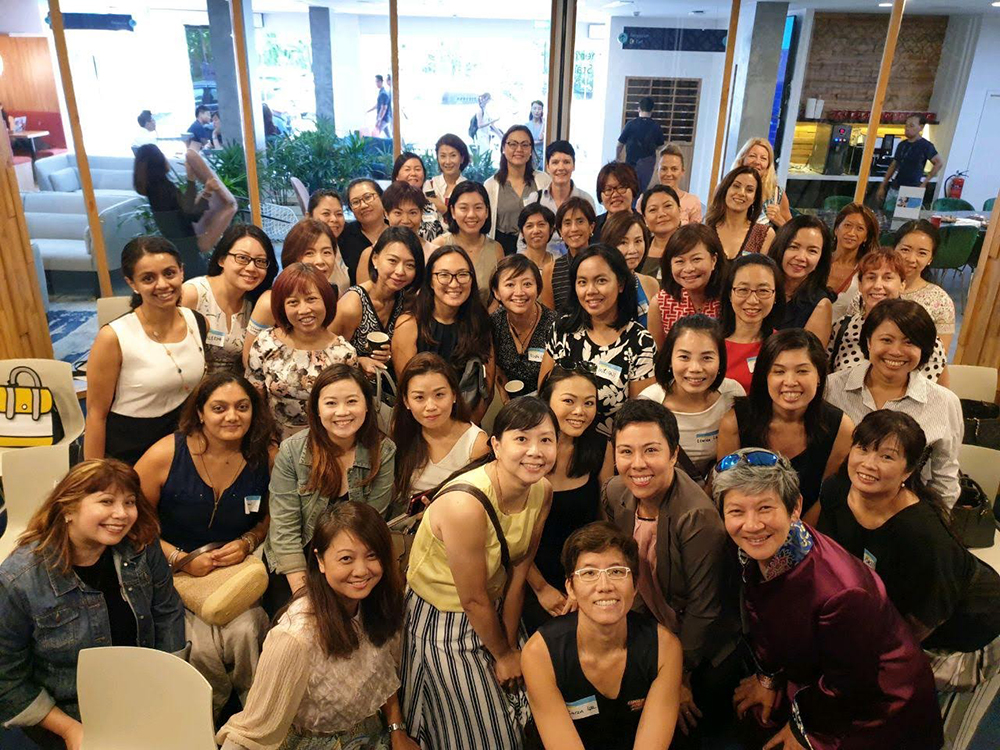 For now, Gina continues to use her past experiences to continue to push women towards sustainable careers. "There's still a lot of work to do but I sleep well at night knowing that the CW team is doing everything we can," and while it could be said that she's already in reached success, she knows that it all boils down to the goal, and to the people she works with and works for.

"If you passionately believe in what you want to do, then don't let anyone tell you otherwise. Find people who believe in your mission as much as you do and are willing to ride the rollercoaster with you.

"You have to be fearless and a little bit crazy. Failure is okay—as long as you fail quickly!

"Listen to good advice and throw some out the window, learn from your mistakes but never give up on your dream."