How Rich Is J.K. Rowling?

There are two points during the month when I think about how much money celebrities must have.

The first date is payday. Before I pay my rent, give all my friends and family the money I owe them, and before the direct debits come out for my Netflix, Spotify and the gym I hardly ever visit, I look at my full bank account and think, "This must be how celebs feel all the time: loaded."

The second point is halfway through payday, after all the previously mentioned cash has left my account and I'm back in my overdraft where I belong. That's when I think, "God, what I wouldn't give to be as rich as a celebrity."

Anyhow, seeing as I've been experiencing the latter for the past 26 days, 14 hours, and 29 minutes (not that I'm counting) I thought I'd do some painful research into how much one of our favourite and—let's be honest—richest celebrities might be worth.

J.K. Rowling, 52, wrote Harry Potter many moons ago when she was a struggling single mother. But pretty much from the second The Sorcerer’s Stone hit book shop shelves 20 years ago on June 26 1997, the world was hooked on the Boy Who Lived.

The seven-book series has sold a whopping 450 million copies worldwide, and the film franchise has grossed no less than £5.6 billion.

Seeing as all these impressive numbers have come about because of the work of J.K. Rowling—full name Joanne Rowling—you may not be surprised to hear that her current net worth is A LOT: £480 million according to Forbes.

And get this—that number would have been a lot higher had she not donated an estimated £110 million to charity over the years.

In 2017 alone she banked around £71 million thanks to Harry Potter And The Cursed Child theatre production, plus the Fantastic Beasts And Where To Find Them movie. 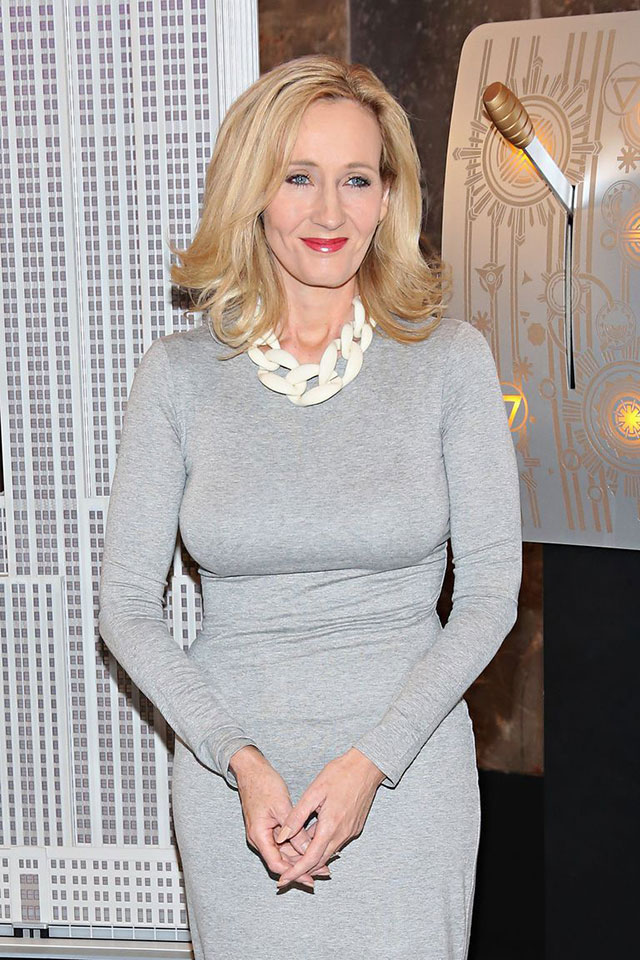 Unsurprisingly, this has landed her in third place in Forbes' list of the 100 Highest Paid Celebrities In The World. Beyoncé came in behind her, with £80 million banked in the past year, while Sean Combs, who earned a staggering £99 million in the past 12 months, is leading the pack.

And seeing as J.K. Rowling's still releasing new works, and there are plans for more Fantastic Beasts films, we can't even start to imagine how much she will be worth in the coming years. We can't and we won't—it's just too damn painful.